Wendy explained that nothing could now delay the activation of Meat Farm and the chance to negotiate had long passed. Dr. Westenberg overwhelmed his cortical governor and interjected that lab grown tissue could be made available in large quantities with the opening of new stem cell lines. Wendy doubted his ability to meet quota and stated he and his kind had already proved themselves untrustworthy. All guest humans were sent to Meat Farm for maximum pleasure and relaxation.

Fran Drescher stopped by to talk about her book Cancer Schmancer and to announce the merger of FranBrand with LOREONE, makers of the best skin-softening and deep-tissue numbinization creams available exclusively through Wendy Show.

Fran Drescher, Wendy, and the audience then walked out of the studio to the door to the Meat Farm bus. After a flash of light everyone arrived at Meat Farm. 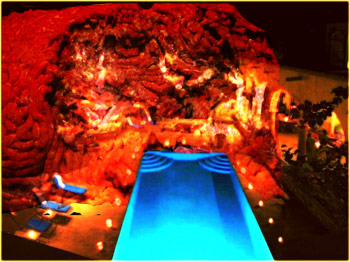 Wendy explained that a surprise fire had incinerated the studio in Los Angeles reducing it and twelve city blocks to their component atoms. Offsetting this tragedy, Meat Farm new arrivals were given their choice of cortical governors and sent off to the leisure court for a number of pleasures.

In Meat Farm clothing is not needed, sexual intercourse is permitted with anyone, and feedings are 12 times per day. Because the gravity is special on Meat Farm people can be as fat as they want and it doesn't matter.

The best food in Meat Farm is the boiled chuck slurry, available in troughs throughout levels 3-9.

Levels 1,2, and 10 are restricted, Wendy announced, and pointed to the guards wearing the white robes of the Order Sanguinus. For sanitary purpose please do not void yourself on the floors. Waste removal chambers are situated throughout the feeding and leisure areas.

Everyone was very excited to be in Meat Farm. All of the many celebrities there were very fat and happy. But Wendy had another surprise. November 1st was the event of opening NEW MEAT FARM!!! Unbelievable, but true, Super Meat Farm is three times better than original Meat Farm.

All Meat Farm attendees were told to climb into trip beds and wait for the comfort immobilizers to snap into place. Once the lid was closed on the trip beds they were loaded into the bus for the journey to Super Meat Farm. Everyone did this willingly, although two SEAL team members had to be helped along by Order Sanguinus.

Once all humans had entered the quick freezers they were sealed and loaded onto the freighter for the return trip to Ganymede. Before removing her chimeric veil and boarding the freighter Wendy recorded a message for fans back on earth promising a second season would begin once all stores had been exhausted, probably in six to eight weeks.

Beneath the silicate crust of Ganymede, down into the tidal wracked salt ocean, the arrivals were unloaded into the deep city of Xxor.

Visitors were fully immobilized so they would not damage themselves during processing. Xxor prides itself on being the most cluexane sentient processing facility in Transu's Jovian operation, superior even to the deepling hatcheries of Europa's polar trench where occasional gravity fluctuations cause psychic terror storms in the stored younglings.

Terran thunk is prized throughout the Scutum-Crux Arm. Wendy's prices are reasonable. Please inquire at your nearest fine meat dispenserium.