Hey OP, maybe a better idea might be to turn these anti-vaccine posters into pro-vaccine ones: 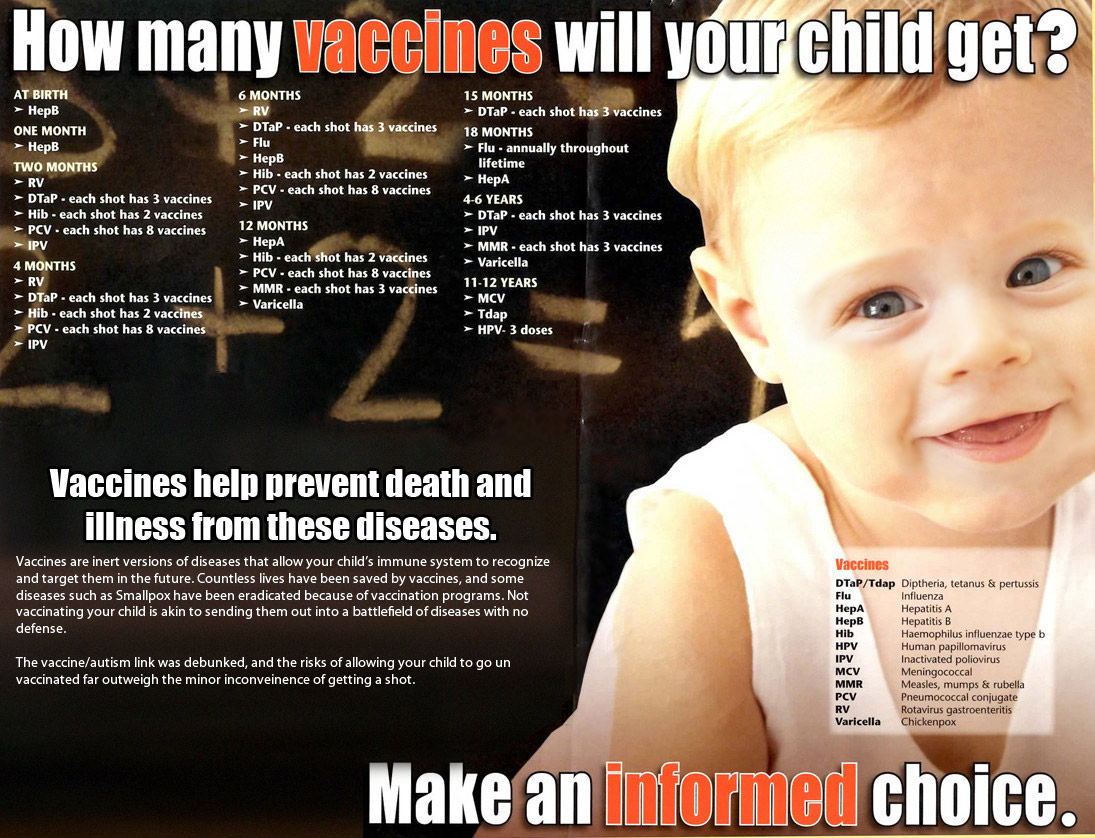 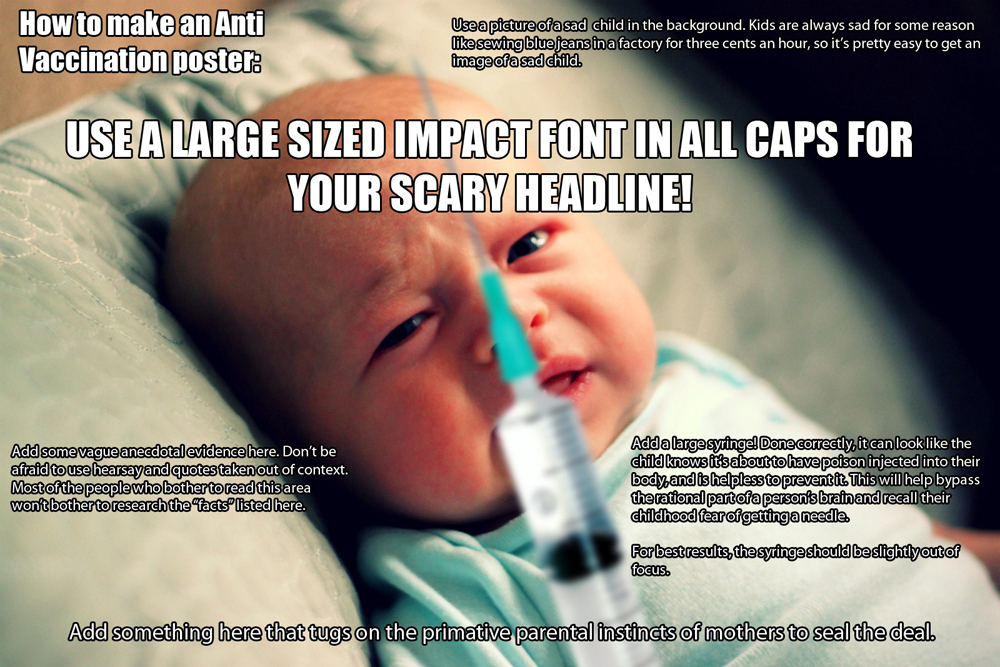 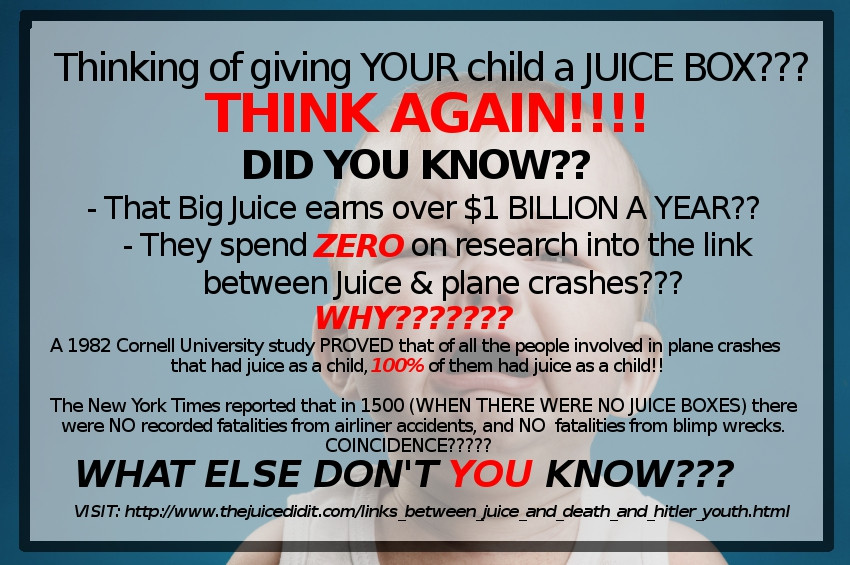 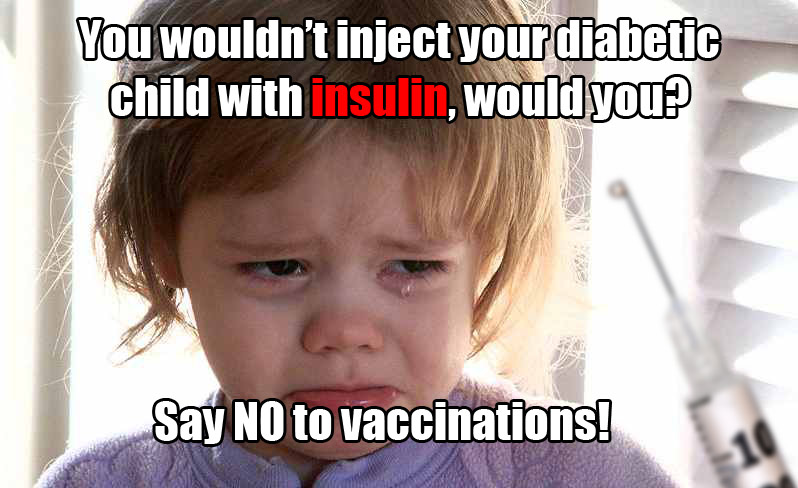 This theme also generated a lot of text-heavy posts, at least one of which was actually worthwhile!

1. I received all of the standard childhood vaccinations, including Smallpox (because I'm old enough to have been around back then).

2. I received a second set of shots when I was 9 and moved to Europe. (apparently in the early 1970's Europe was a disease-ridden pest-hole.)

3. I received a series of newer vaccines that did not exist when I was a kid, when I began working at the hospital, 25 years ago.

Well, I can't say for sure. However, it seems popular to blame random shit on vaccines, so I figured that I could get some cred with the parents of those glowy kids (or whatever the hell they call their "special" little ones to avoid acknowledging they have problems). So, I'll blame my sterility on the vaccinations I've had over the years, rather than on the Mumps I had as a child or the Vasectomy I had when I was 40. That seems to be the way all these cool people operate, right?

Thanks to Princess RALPH!! for the theme and thanks to all the Something Awful Forum Goons who contributed to it, but especially the ones who posted Photoshops in this Photoshop thread!