At the end of the 1980s TSR decided to phase out the classic Monster Manuals in favor of a terrible series of binder inserts called the Monstrous Compendiums. These were so bad that TSR rushed the release of a so-called Monstrous Manual compiling and expanding these loose leaf pages in the mid-1990s. During the Compendium's short run, TSR used the inexpensive insert format to churn out dozens of really stupid monsters. We return to this ugly mistake to include some suggestions from our readers. 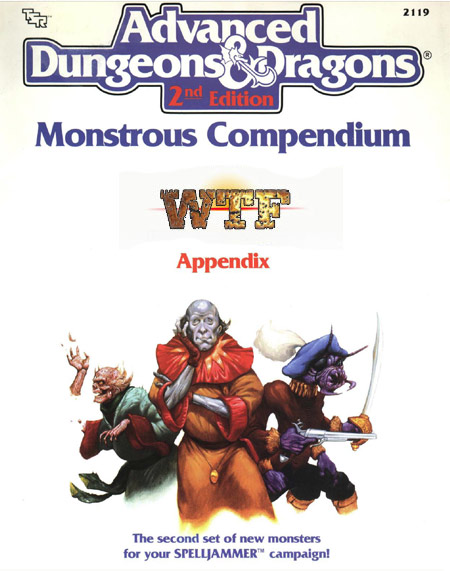 Zack: You love anything related to monsters.

Steve: That's true. I love all the monster books, monsters of rock, and monster trucks. Monster is pretty much a synonym for "awesome."

Zack: Not today it isn't. Today monster is a shame word. It is a red mark on the very soul of 1990s Dungeons & Dragons.

Steve: No way! You can never have enough monsters.

Zack: I will allow TSR to prove you wrong.