When The View announced Jenny McCarthy would become its latest co-host, SA Forums members had a lot to say, mostly about how this would affect the ever-unstable dynamic of the Goon-beloved program's panel discussions, but also because of McCarthy's controversial anti-vaccination stance!

We all have one of "those" friends who is always posting conspiracy theory and anti-vaccination pictures or articles on Facebook. I usually read them for a laugh and follow their citations which usually lead to another part of the same site. Then one day somebody posted this: 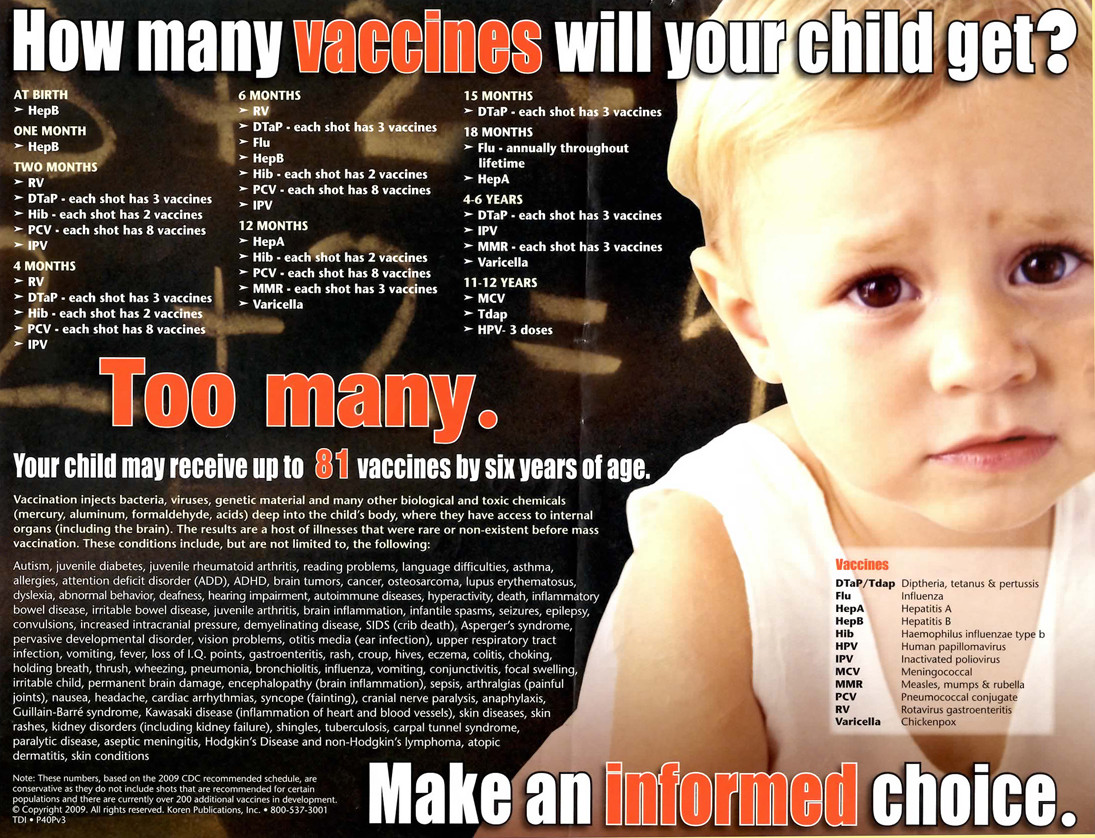 The bottom is what contains the hilarity: "The results are a host of illnesses that were rare or non-existent before mass vaccination. These conditions include, but are not limited to, the following:"

They then include things like vomiting, loss of I.Q. , rash, choking, "skin conditions," and fucking death. Apparently they believe that nobody vomited before the invention of vaccinations, and also that the only thing that could end our immortal lives was the occasional Quickening. It boggles my mind that somebody could read this and believe that no one ever died before vaccines were invented. 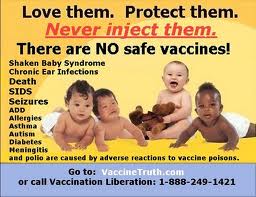 If they can take anti-vaccination posters to this level of absurdity, imagine what we can do!

I remember reading an article comparing vaccinations to the Nazi medical experiments... 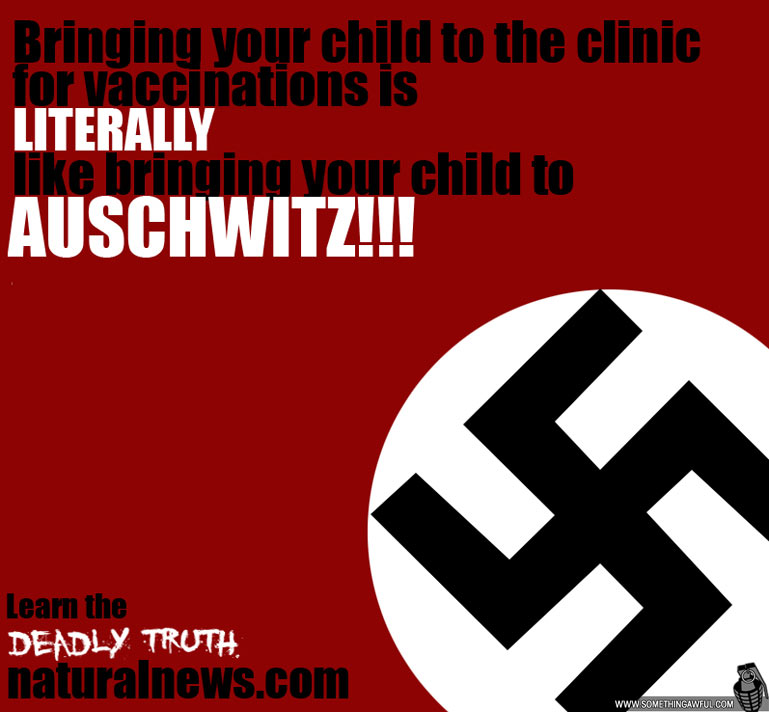 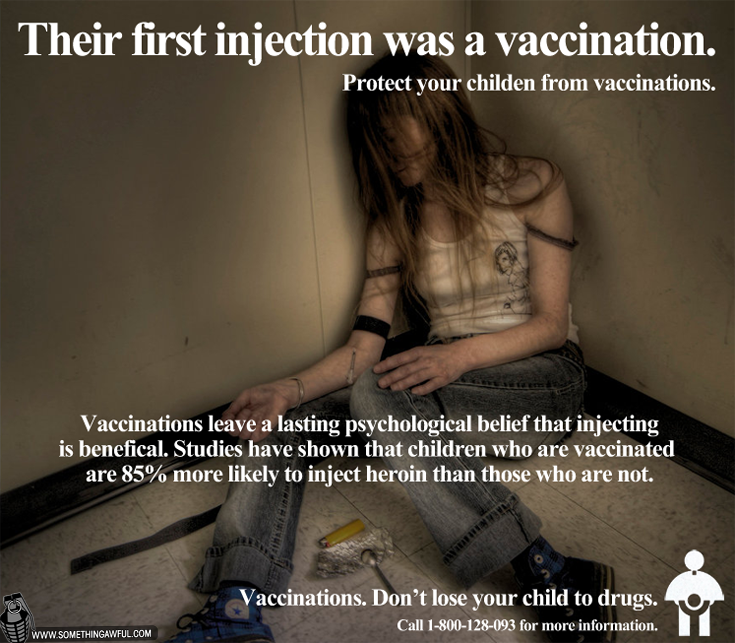 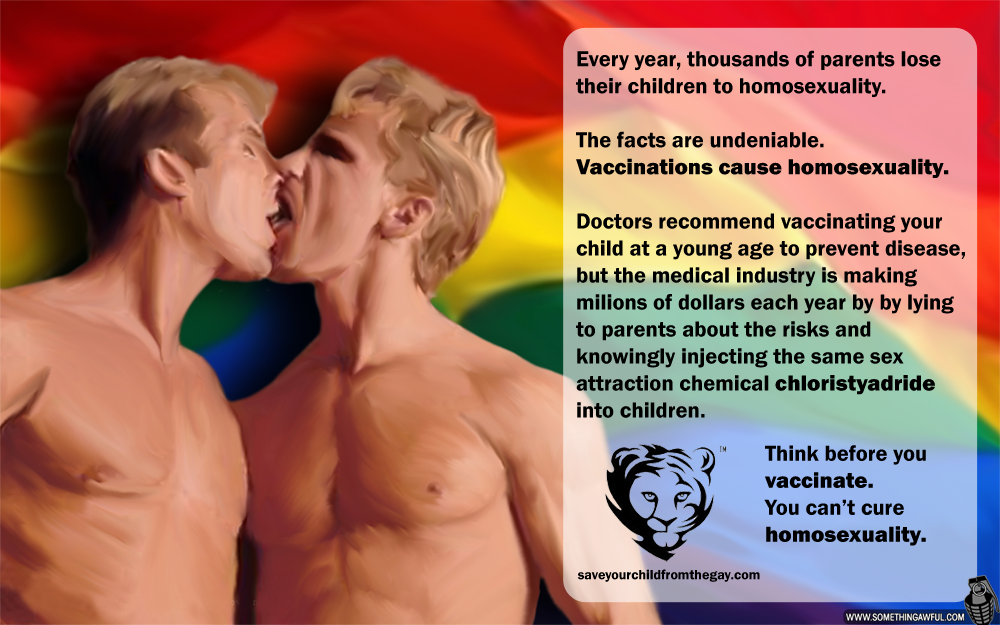 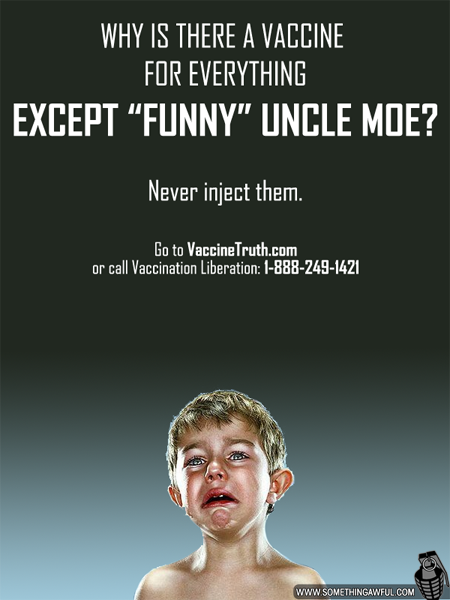