The obvious comparison for a game like this is the New Yorker's comic caption contest. In fact the first image submitted by thread OP Literally A Person looks to be exactly that. 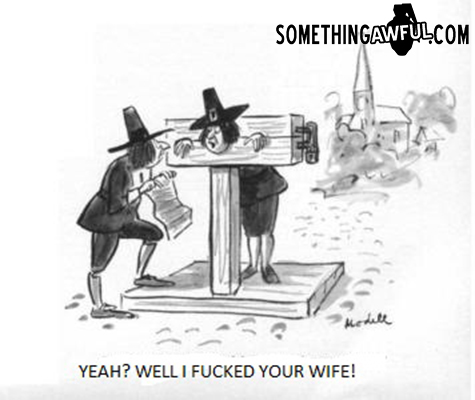 No prize to Gutter Phoenix, for remembering that Marvel comics were once centered around serious storytelling, not just crass ads that muddied the characters' intentions. 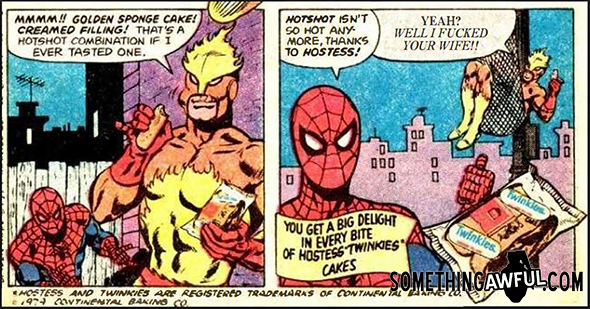 This is canon - GRINDCORE MEGGIDO 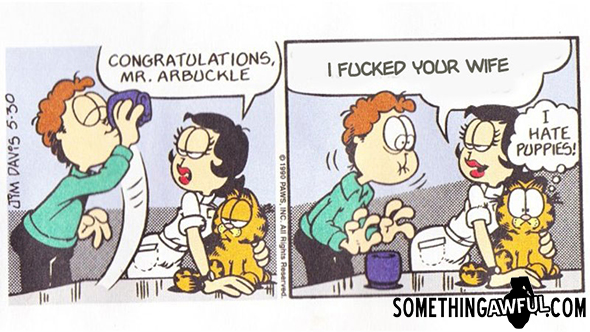 A game like this can't be won, but if it could CPL593H won it by brute discord. Bravo. 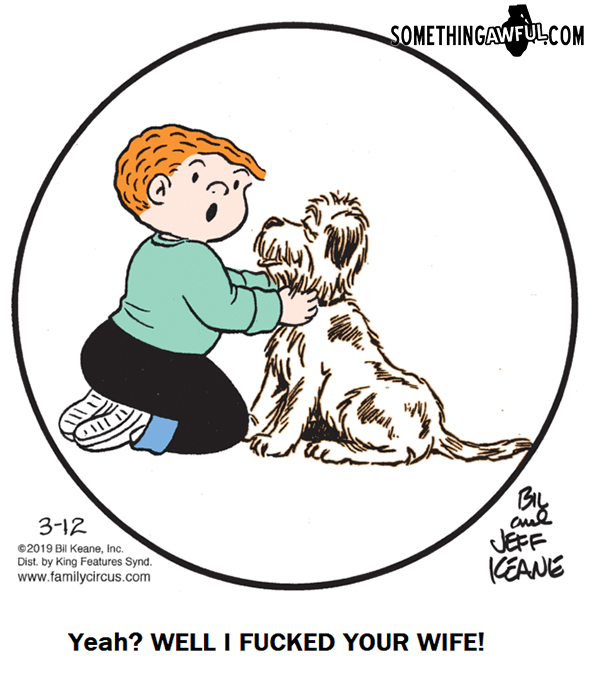 This edit of the very first Peanuts strip by The Cubelodyte brings us to an interesting point. Now that we're all thoroughly sick of saying "Yeah? WELL I FUCKED YOUR WIFE" we can use it to examine a phenomenon central to SA: the four-panel comic that doesn't pay off. 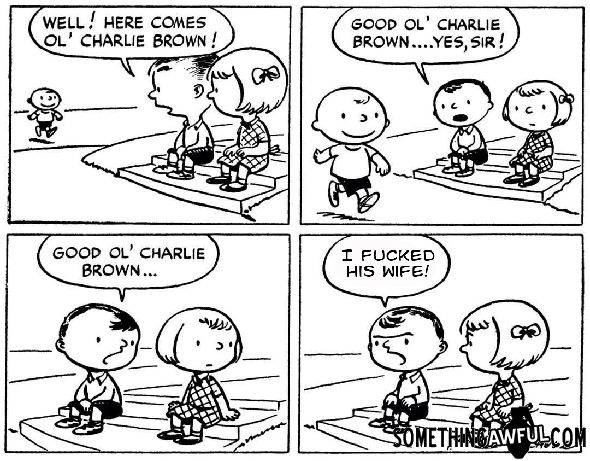 Goons LOVE four-panel comics that don't pay off, or that pay off in a weird way that they feel driven to fuck with. Remember Banker.Bmp? That whole thing was about people exploring why they were uncomfortable socially, economically, sexually, morally and otherwise with the payoff of a four-panel comic. R.L. Stine provides a refresher: 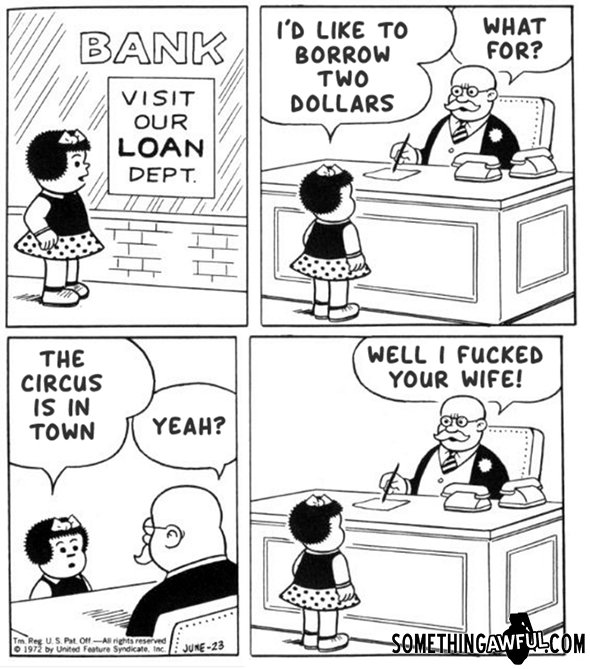 Here's another classic four-panel comic with a weird payoff the forums have been nodding to for over a decade now. Call Your Grandma performs it with a subtle twist. Well done. 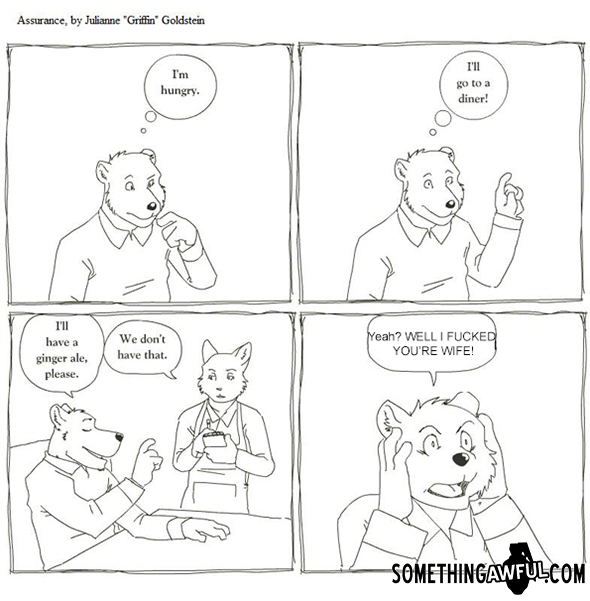 And of course there's the ultimate four-panel comic that doesn't quite pay off, Loss.jpg. Captain Quack created this image in stages with input from tmm3k, and it's remarkable. 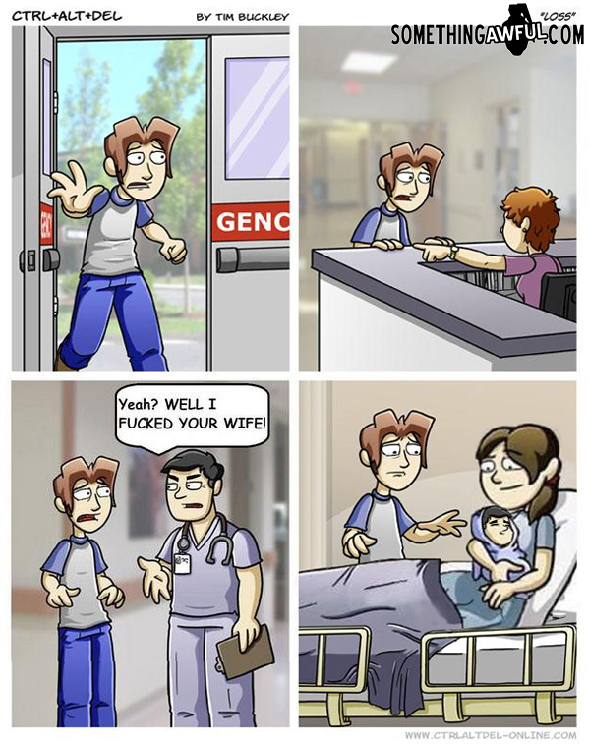 ...have you quit reading my dumb words in disgust yet? NO!? Well then try out page 6, it was made for monsters just like you!

WARNING- PAGE 6 ISN'T AS GOOD AS THE PREVIOUS ONES AND MOST OF THE PEOPLE WHO SUBMITTED THEM SHOULD EITHER BE ASHAMED OR HIT IN THE BALLS FOR SEVERAL HOURS.