It's that time again! Time for forums users like Mammal Sauce to remind us why the internet is such a classy place! 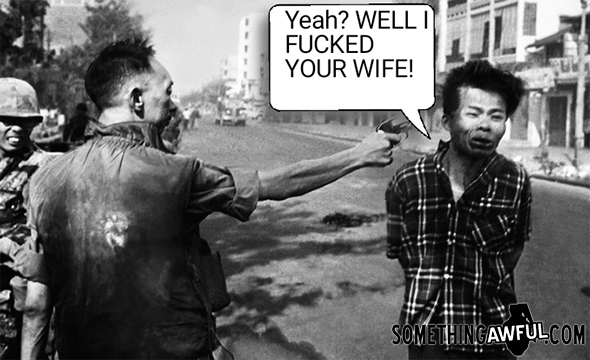 The president is dumb' jokes are always in style, but blah blah blah you already know about Trump. Canned Panda takes an image of the president that begs context and gives it none, in comic sans even (sorry BYOB but it's the truth). Is it shabby or is it chic? Who's to say? I am, and it's no effort crap. 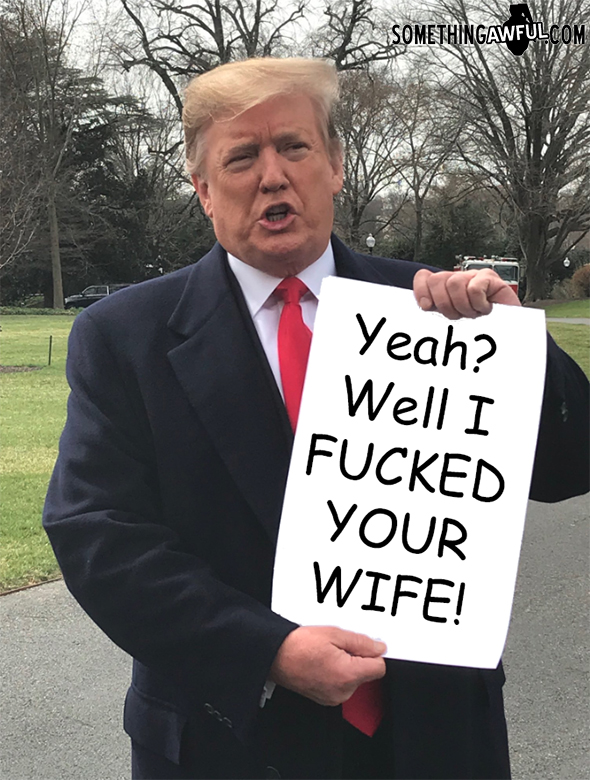 Gay Weed Dad checks another photoshop meme that was vaguely anti-woman, but we're watermarking it anyway.

Like most Simpsons memes, this Killer Junglist image works best when you instinctively know the line that was said right before this animation frame appears. 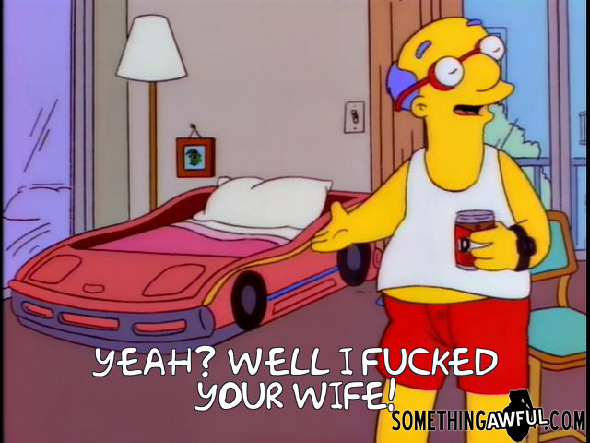 I still hear random strangers reference this thing, because strange strange people like Resting Lich Face keep it alive. What an awful future we ended up in. Still better than that doge shit.

I have no idea what this is referencing but it makes me laugh. Congratulations Literally A Person, your experiment has been a resounding confusion. 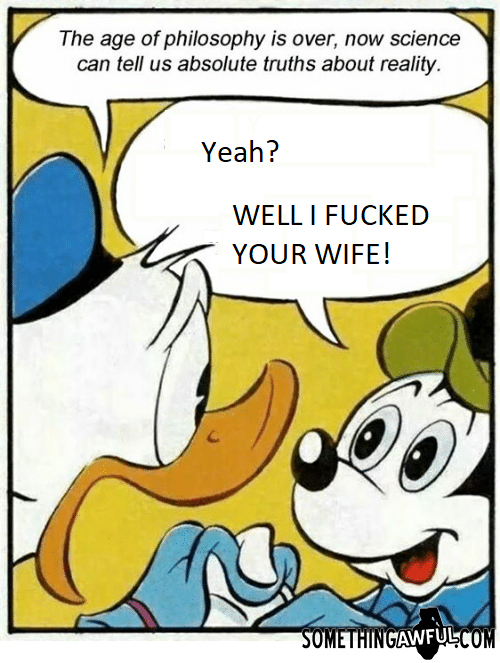 Huh, how did this TurboFlamingChicken submission get into the controversial images? 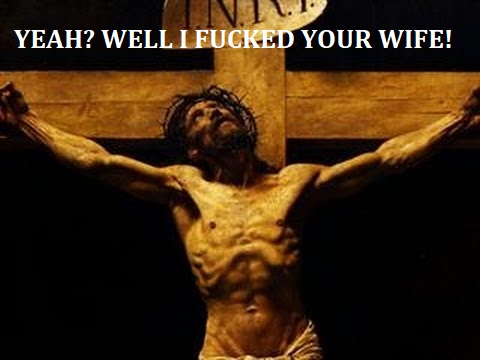 Now THIS one, by Fried Watermelon, is a controversial image. Jesus wasn't even married! 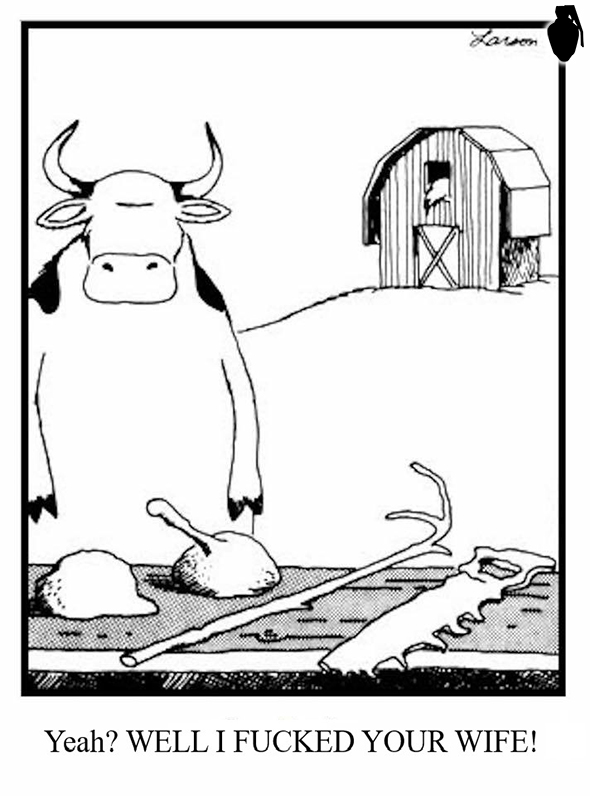 Yes, it's Cow Tools. MEMO TO GARY LARSON: come try to sue us if you have a beef with our site.

Thanks to the forums goons for these remarkable images, and a special thanks to Literally A Person for being boldly crass enough to rile up the troll pit. It's a skill!

If you like (or can even just stand) my cynical ramblings on art and media check out my new show from Octopie, CENSORED!