A whole lot of entries did not make the cut this week because they varied too far from the directions. Boiled Water only got in because I like to think of SA as that arcology that looks like a big black metal dog howling. And that is not an acceptable reason, so I apologize.

I had to think for a second if this Orcs and Ostriches image was even edited. Ultros!!!! 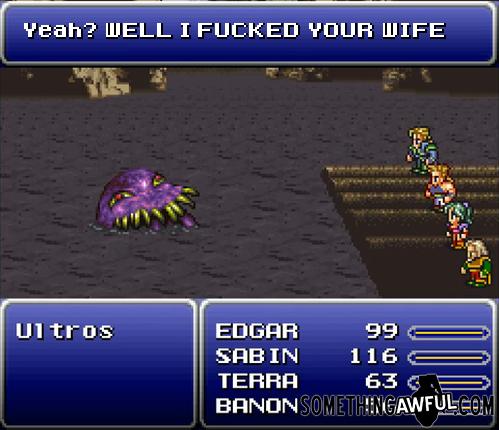 I think the graphics for Creed Reunion Tour confer just as much emotion as the last image did! You're just a purist, let people like things. 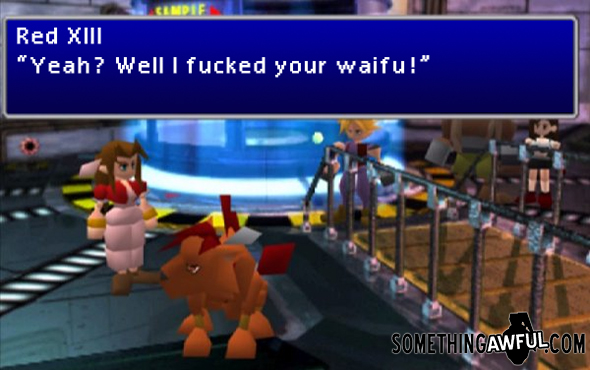 I still don't know if this Diesel Fucker image is edited, I could never get my charisma-based salesman characters past the stupid tutorial. 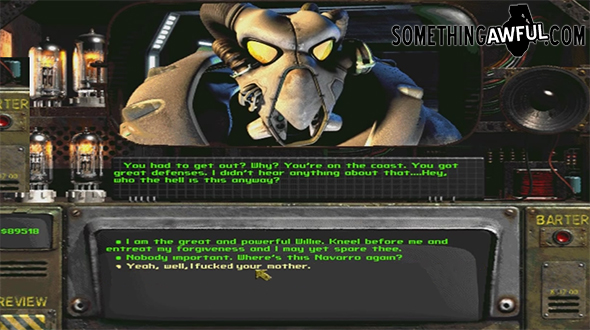 Yeah I played this one too Stefan Prodan, and the first one, and the third one that didn't come out in the U.S., and the unreleased N64DD fanhack. I'm fine, why do you ask? 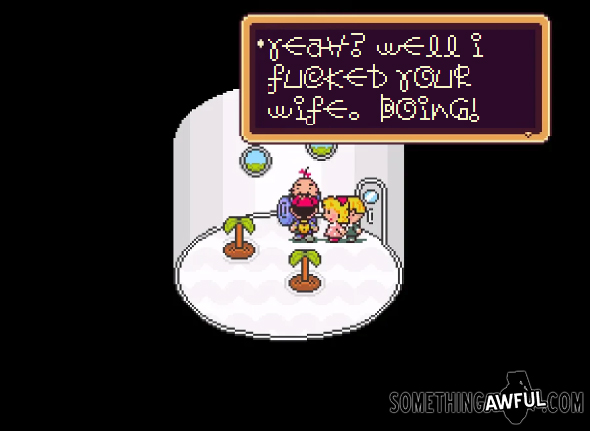 Looks like my copy of Prokhor Zakharo was pirated (they all were). 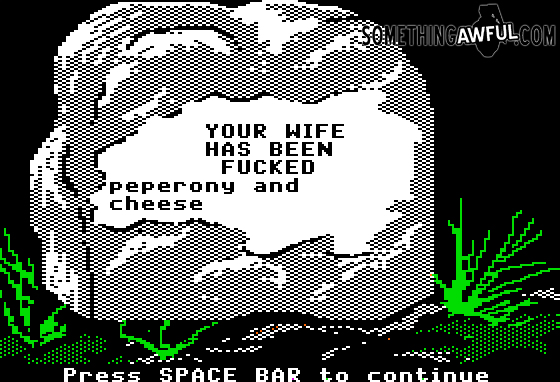 Alright Huge Gross Burrito, I'm done giving you my quarters. I mean it this time! 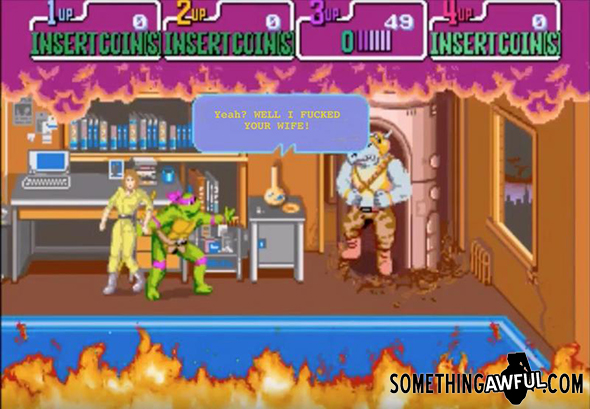 This pair of gifs from Drive Thru Salad Bar are weirdly unnerving. I feel like I have 10 minutes to fuck somebody's wife or I'll die for no discernible reason.