Ingratitude has been a recurring theme with the SA writers these past few days, so I suppose it's time to switch things up and feature disastrous products people didn't receive on Christmas and awesome products about which they were none the wiser, given that they don't actually exist. The Forum Goons created both terrible and extreme products, and I didn't really separate them into sections, so you can decide for yourself which items are terrible or extreme or both! First, though, I'll let our resident mad scientist BaconBits unveil his latest inventions.

Okay so I have two products I invented that I'm trying to have sold at walmart. 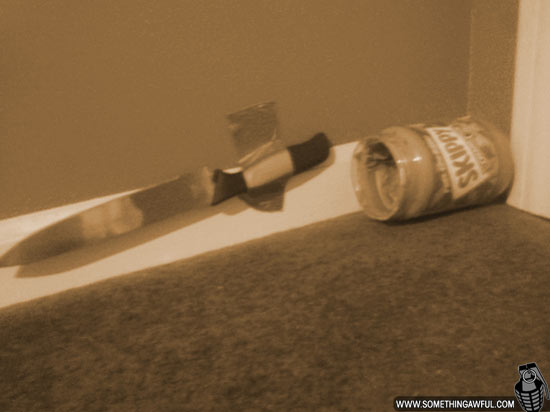 This little baby is my mouse trap. You put a jar of peanut butters in the corner (open) and a sharp knife on the wall. The mouse should go running into the knife as he leaps at the food. 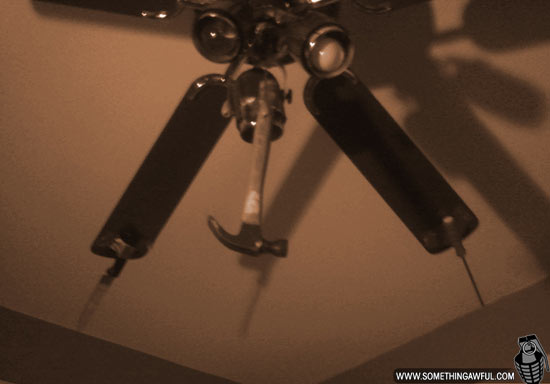 Now my second invention is a bird trap. Sometimes in the summer when you leave your windows open a bird will fly in and wreak havoc on your home. You can open all the windows to let that one out but ten more will fly in, and that's just setting yourself back. Spraying water at it won't work because their wings are covered in oil. So what I've done is turned an ordinary fan into a bird-killing machine. There's a knife and a screwdriver to cut birds to ribbons, but if they fly under the blades the hammer should knock 'em out cold.

I put the images in false color so nobody tries to rebuild my machines.

Another way to kill birds is to take 100 snapping turtles and duct tape them to trees.

I made a bee gun. 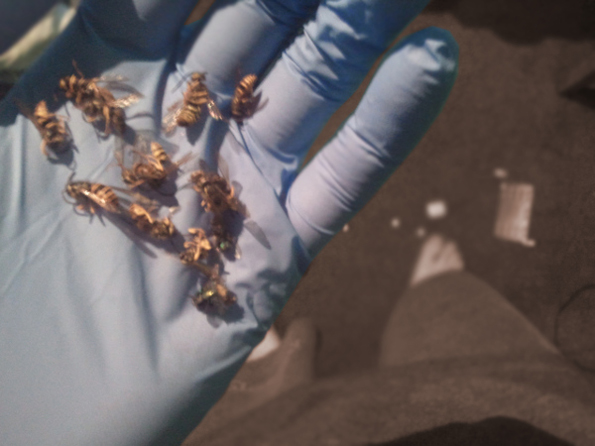 The first thing you need is a handful of bees. 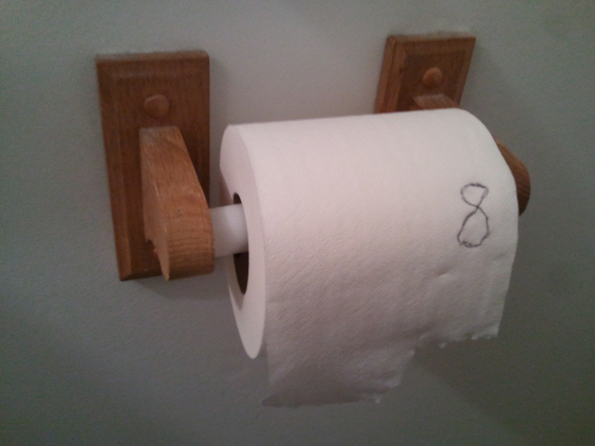 You see this? This is toilet paper. I'm not interested in that, I just need what holds it in place. 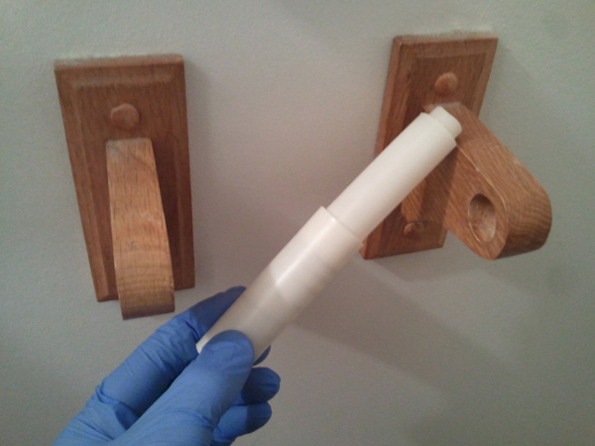 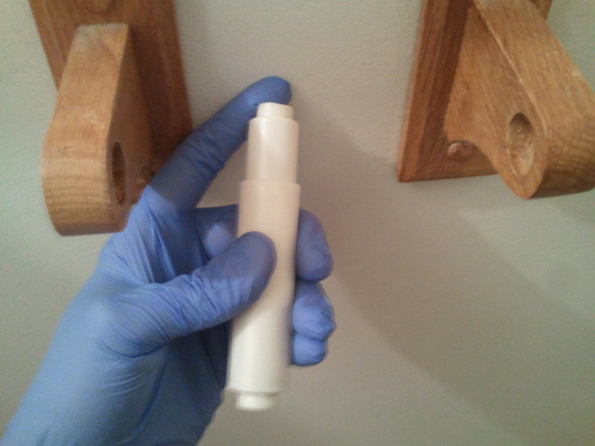 You'll notice it's spring loaded. You know what to do with the bees. 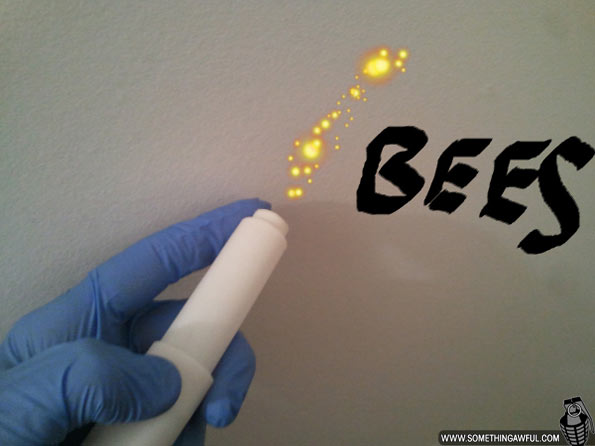 I'm wearing gloves so you can't see my fingers.