Tuesday, Mar 16, 2004 by Rich "Lowtax" Kyanka (@TwitterHasBannedAllMyAccountsEver)
Know of an awful site? Send it to us and become a hero!

Britain's Most Famous Virgin International Celebrity Sarah Jane, submitted by MoJoJoJo. Hmmm, well where do I start? As you can probably infer from the name of the website, Sarah Jane Newbury prides her celibacy, claiming she has never had sex with another living human being. This somehow magically transforms her into Britain's most famous celebrity, because the only way to achieve fame and fortune over there is by refusing to have sex. Although she doesn't explicitly come out and state it, Miss Newbury's amazing skill of "not getting laid" can easily be accredited to the fact that her face resembles a horse after surviving a head on collision with a construction vehicle. To make her hideous visage look better in comparison, she has chosen to adorn her beautiful webpage with animated images of unicorns, faeries, frogs wearing lipstick, and rainbows. Nothing reeks of class quite like this stinking cesspit of MIDI, animated gifs, Javascript, and 80-year old virgin images. 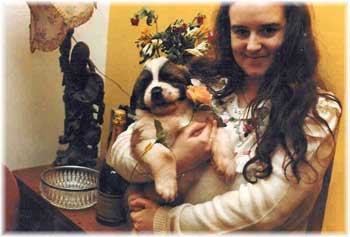 Sarah Jane generally models suits and dresses, and has turned down many lucrative offers to model topless. Sarah Jane is asked to model these things often as she is a virgin and a celebrity. She has many friends, receives fan mail from all over the world and gets on well with most people. Sarah Jane has always intended getting married and has had some boyfriends and offers of marriage, including dozens of millionaires and one proposal from a doctor.

Sarah Jane would like a world where everyone loves and prays for the whole world and defends the faith and believes God the creator is heartbroken at evil in the world when everyone should love each other like brothers and sisters in all countries and are all his children. She believes that whatever evil is around he will always be with her and even when she has not gone to church every week she has always prayed for the world and stayed joined to the wonderful link of the holy spirit. 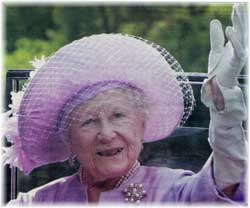 This music 'I know I will never find another you' is what I think the Queen mother's beloved husband would play to her and now they are re-united again and are a good happy couple again in the promised land of heaven side by side.

Oh golly, what a woman! It's hard to imagine how a human gem like this hasn't been scooped up and married by some lucky guy! I mean, the broad has approximately 500 different dogs, makes webpages about dead women, enjoys unicorns, and is highly religious; who could resist such a treasure? If you are some kind of stupid evil asshole and falsely believe that Miss Sarah Jane Newbury is not a virgin, feel free to examine her extensive virginity proof or take a look at her response to some slanderous rapscallion who claimed she wasn't such a virgin and, as a result, suffered her wrath. You too can suffer the same wrath by visiting her website and subjecting your innocent ears to her offensive MIDI files while your eyes revolt and refuse to gaze at another retarded animated gif of hers.