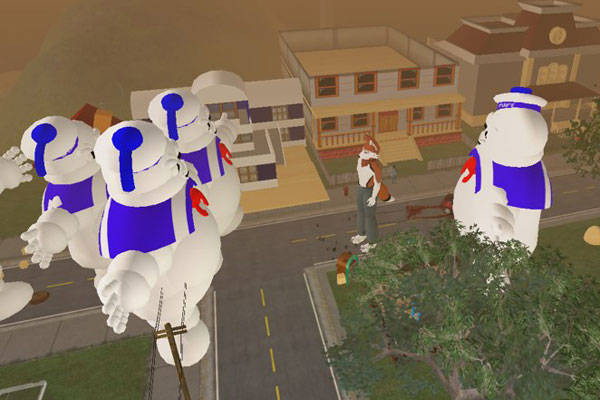 I'm sure that many of you are familiar with the history of our great nation: its founding as a fledgling video game, its rise to popularity among both plebeian and patrician, the Glorious Revolution, and the establishment of Second Life as its own independent country in the year 45 After Rosedale (AR).

Though it may seem difficult for members of your generation to comprehend, the birth of our nation was fraught with its own unique pangs. True, other countries in the Old World had suffered some during their inception. France had its Reign of Terror. America withstood Shay's Rebellion. Luxembourg battled The Badger That Would Not Die. States, like people, often arrive kicking and screaming and slimy into the world.

Of course, in the beginning there were some who would have liked nothing more than to cut Second Life out of the bountiful belly of the Internet. These coat hanger critics could have nipped our nation in the proverbial bud had they not been roundly denounced by clearer heads. Why, those churlish chuffs couldn't even understand why sex crimes should be punishable in Second Life! Philistines! Boors! All of them!

Thankfully, you belong to a more enlightened age, when the finer points of metaversal manners are well understood. And as residents of the State of Second Life, it is important that you learn the history of our world, so that you might know whence we came.

Today, we will study the early years of Second Life, when, like so many other frontiers, it was dominated by pioneers, playboys, and plunderers. Please open your books to Chapter 1.