Son of Strelka, Son of God

On July 4, 2011, forums poster/true patriot Dan "mofolotopo" Warren unveiled his remarkable long-term project, which involved splicing together phrases from President Obama's self-read autobiography to tell a new story. "Broadly speaking," he explained, "it tells the story of an ugly dog-faced demigod who recreates the world after it is destroyed." Gawker, Slate and NPR took notice immediately, and then, for a while, nothing happened. mofolotopo recently mentioned that front-page attention might attract animators/illustrators for the chapters that remain artless, making it more likely that a finished version could be ready by Election Season 2012, so here it is! 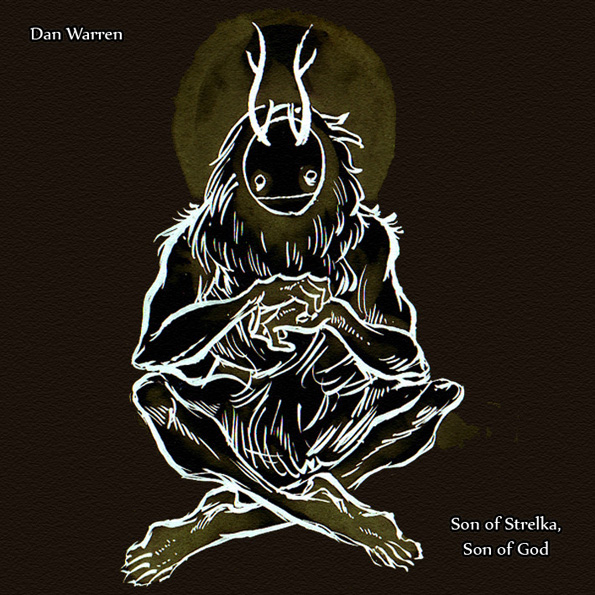 
Here is the album in one handy zip file.

And here it is as a torrent:

mofolotopo: The whole album is at the link above. Here are the individual chapters on Tindeck and descriptions of what's happening in them, although you may just want to listen and see if you understand it:

Our hero's name is Stanley, but he doesn't really show up until Chapter 3. Stanley's father is the first proto-man, who fell as a fruit from the first tree. He found the world an empty and desolate place, so he climbed to the top of the tree and began creating animals and plants and whatnot just by speaking their names. He gets really excited about the process, and he accidentally creates a monkey in thin air, who promptly plummets to his death. He realizes that he needs to be a little more thoughtful about this process, and finishes by creating many of the beautiful things in the world. Then he disappears.

* Animation by Ainsley Seago, music for this and all chapters by Dan Warren

This chapter tells of the rise of civilization. At the start there are only uncivilized tribes in the forest, but they begin to desire something more out of life. They move indoors and become increasingly sophisticated. Eventually they build cities and roads, and they become isolated by their own success.

Stanley is born. He is the son of the creator from chapter 1 and a human woman, and his village expected him to be some sort of savior. Instead, he looks freakish. He is covered in yellow hair and has a dog-like face. Not in some cute furry ^_^ anime way, though, he is a disturbing freak of nature. With the exception of his mother, the people of his village despise him. They also despise his mother for giving birth to a freak, so they are both forced to leave. They go their separate ways, and Stanley is left to wander the world alone, a deformed, orphaned child.

Stanley, as interpreted by Everdraed

As the chapter starts, we see Stanley wandering the land. Months and years pass, and as Stanley grows up the world becomes increasingly violent and nasty. Finally war is declared, and tanks and troops begin marching through the cities of the world. Eventually the gods themselves come to earth and begin marching on all of the world's cities.

Stanley encounters an apocalyptic religious cult made up of children. They recognize him as having some sort of power, and try to get them to join their cause. Stanley demurs, and the children grow angry at him.