How Could The PlayStation 4 Fail?

When the PlayStation 3 launched, Sony was kind of a dick. Intoxicated by the fart vapors of their own success, they exuded arrogance and dismissiveness.

Somewhere along the way, things changed. New people were brought in. Mark Cerny stressed the importance of hardware that people would want to develop on. Sony reached out for the input of developers of all sizes, and not just as an empty gesture. By employing a bit of common sense and not actively screwing over the people that make consoles successful in the first place, Sony is poised for tremendous success with the PlayStation 4.

Still, the race is hardly over. While Microsoft is obsessed with taking Sony's PS3 self sabotage act to its most cartoonish and rabidly anti-consumer end, there are several missteps that could tank the PlayStation 4 before it launches next month. 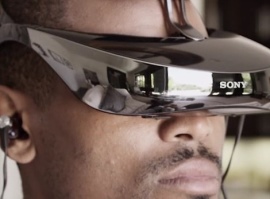 There could be a terrible mistake at the factory. As a result, every PlayStation 4 might wind up in a box that has been mislabeled as "Dog Turds From Ugly Dogs" or "Lots Of Infectious Diseases" or "So Much Menses" or "Autographed Headshots Of Paula Deen" or "Nightmares".

At the last minute Sony might a little too confident. With all this talk about the console's inevitable success swirling around, the company might try to maximise their profits by raising the PS4's retail price to $4,000.

A major firmware error might slip its way past testing. As a result of this issue, all sorts of horrible things might happen. The console might never be able to play video games. Or, even worse, it will only be able to play games developed by Quantic Dream.

Digital is the future. You buy a game online, download it with a high speed connection, and enjoy it. There's no longer a need for physical clutter like a disc and packaging. Sony might become such a proponent of this retail model that they will start encourage it as much as possible. The PlayStation 4 will randomly deauthorize your digital purchases and delete them from the hard drive, giving you more opportunities to buy and download video games.

Sony might announce that the console will not work unless a Kinect is plugged in.

When the gaming press and early adopters finally get their hands on the hardware, they might take a closer look at the console's components. This is when they will realize that the sleek body of the PlayStation 4 is made entirely of wet cardboard.

The marketing campaign for the PlayStation 4 could dramatically change. All promotional materials might only show the controller, and the console's name will be changed to the PlayStation 3 U. Sony could round out this directional shift by announcing that they are proud to be actively dissuading third parties from developing video games for their platform.

Beyond: Two Souls
If you think David Cage games are good because they SORTA LOOK LIKE MOVIES WOAH and you can passively let them wash over you without applying any critical thought towards what's happening on the screen, or if you acknowledge that David Cage games are bad but you buy them anyway "just because I have to see how weird it gets" even though that weirdness is every bit as forced and uncreative as everything else David Cage does, I'm holding you personally responsible for this video game and everything that comes out of that hack's mouth for the next five years. 3/10