There are no words to describe this forum. They should have sent a poet. Instead they sent some idiot, me.

Avril Lavinge is the kind of singer you kind of like but would be really embarrassed if anyone found out. I mean, if you're with a bunch of people and you hear the song you'll say, "Yeah, that shit is gay" but secretly you are enjoying it... Me? No, I hate that music. Sigh...

My grandpa used to say, "Beans always get 'em" before he died tragically in a bean silo explosion. In the end, the beans got him.

This is how shut-ins cope with being shunned by the outside world.

Isn't there a law that says 13-year-olds and under can't be on the Internet or something?

All women are gay on the inside. They are just never given the chance. 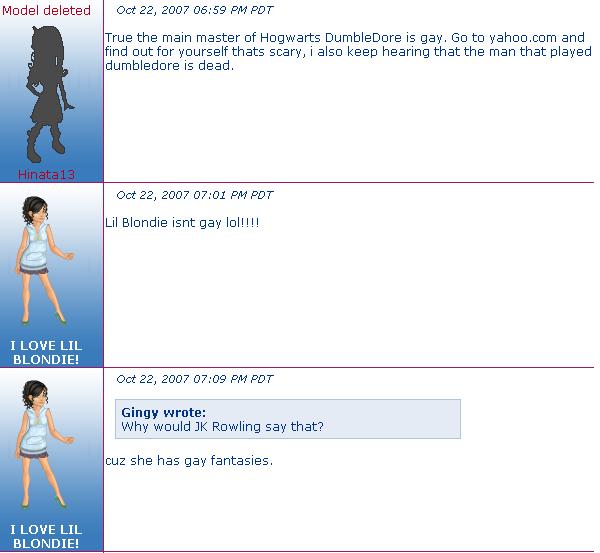 Sorry all my friend slots are filled you'll have to apply later.

Listen, I liked black people before it was cool...

Because every single post thus far has been making tons of sense.