GARY SPIVEY.com, submitted by Gary Spivey. If you're wondering who the hell Gary Spivey is then this ALoD should clear things up. Gary Spivey is only the most amazing psychic in a white helmet-like wig to have ever lived. 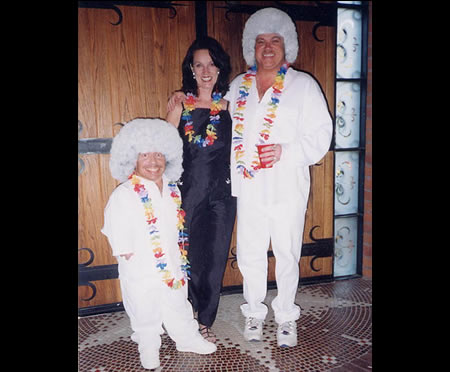 In November of 1999 Gary started having visions of New York being engulfed in black smoke from a downward-like explosion, caused by terrorists,leaving thousands of people dead. Gary said it would happen in the third quarter of 2001.He stated this on numerous radio shows most notably "The Morning Zoo"in Las Vegas.

He truly is a modern-day Nostradamus. But psychic predictions are only one of Gary's many powers. Be sure to investigate the entire spectrum of psychic might that Gary Spivey can wield.