There's no shame on Youtube. From vloggers to people who brazenly pirate last nights episode of Law and Order, there's absolutely no respect to others in what's uploaded in every single video. Of course, this also includes fetish videos of things you would figure could not be fetishes, like muscled cartoon men getting stuck in piles of rocks, narrated by Text Assist.

"Watch hot athletic bodies that, by an unseen and capricious controlling force, are seemingly randomly deprived of their freedom, their clothes, and in many cases even their body parts themselves, struggling to muster their wits and all that is left of their formerly capable physiques - just to make it out alive." 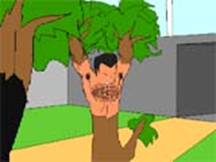 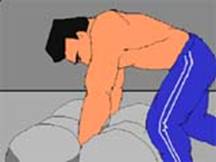 Like what you see? You can buy the DVD, for only $39.99! Seventy minutes of this creepy hand-animated bullshit can be yours!
Know of an awful site? Send it to us and become a hero!