The Stentorian - thanks Cat Scratch Achiever

Friday, Mar 14, 2008 by Caylen "Abraham" Burroughs
Know of an awful site? Send it to us and become a hero!
""Stentorian" comes from Stentor, a loud-voiced herald in Homer's Iliad. I adopted this name for the site because of an age-old lesson: to be effective, ideas must be communicated loudly or, more precisely, clearly and effectively." 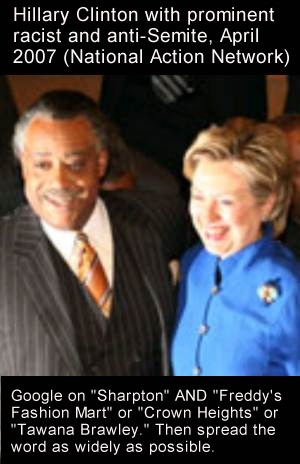 Have you guys noticed that the more a conspiracy website tries to use graphics in order to get their point across, the more shitty the actual images look? The one above looks like the web designer could only figure out how to take the thumbnail out of a Google Image Search for "Sharpton", then decided to frame it in black bars and subtitles like his Animes. Today's ALOD is here to inform you about all of the nasty propaganda out there in America, as well as constant justification for shitty Roman clip art. For a site that tries to explain how media tries to convince you to do horrible, misguided acts of War, Suffrage & Talking To Black People, it's not very good at getting it's point across. 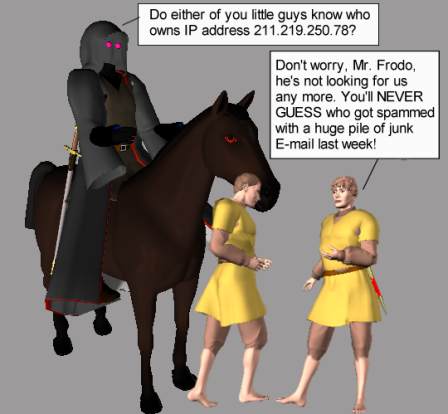 "Why The Left Hates Lord of The Rings"

"It is still my theory, however, that Gandalf borrowed some Polish Husaria to defeat the Macedonian Orcs (the ones with the long pikes) at Helm's Deep because those Orcs did not seem to flinch at the cavalry charge. Poland's Winged Hussars were the only cavalry with the training, tactical doctrine, and equipment (a 15-20 foot lance known as a kopia) that could break a pike formation even if the pikemen stood their ground."


I remember when the Polish Husaria took the screen during The Two Towers - i was so upset I walked out of film. There's just something about Hobbits being Muslims that gets me really riled up.
Know of an awful site? Send it to us and become a hero!