Teaching Children Jesus, submitted by Matt Z. Hello and welcome to the worst site ever. Visiting it is a life-changing journey of horror, amazement, and Christian Values at every turn. It's like watching a car wreck on the highway, only the car is full of Jesuses and Jesus caused the wreck and Jesus fire officials are coming to the scene but they hit a baby Jesus and catch fire. Jesus fire. Sometimes hilariously bad and at other times frighteningly crazy, Teaching Children Jesus is one of the eight wonders of the Interweb Super Interstate. There are so many things to see and do that the only way to truly get your full enjoyment out of the experience is to be given a guided tour.

Let's get things started with the opening page, the nexus for your adventure, where you are greeted by an image of a bird man whose head appears to be on fire and whose body seems to be composed of chocolate. He is pointing in the direction of a very small dragon with a sword. 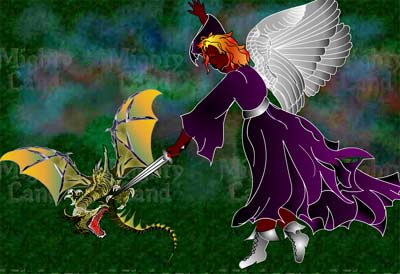 My husband and I are a devoted to serving the Lord Jesus Christ. We work here in our computer art studio on studying 2D cell animation, 3D modeling, flash, web design, and programming. My husband is designing a game engine and working to build a game company called Mighty Land Games. He has built a powerful render farm for rendering 3D Models. My husband left his work at Microsoft to fulfill Gods promise to him in game design.

Yeah, you know who else quit their jobs to fulfill God's promise to them in game design? The entire development team of Duke Nuke 'Em Forever, and somehow I think they're growing crops at a superior render farm to the one Mighty Land Games owns. From this inspiring opening page let's head on over to the Art section, featuring an opening Flash roughly as professional as going to work naked with your penis stuck inside a dead cat. Once you click to enter the professionalism only ramps up even more as an agonizingly long wave file drones in the background and the eye-vomit design assails you so brutally that you can almost smell the font colors. Be sure to scroll all the way through this page before clicking any of the links so that you might "enjoy" some extremely disturbing Flash animations include one of a woman who appears to be trying to suck the head of baby Jesus like a penis. Did I mention Jesus is wearing blue Speedos?

The horror is just getting started thanks to Israe! Cruise on over to her little bolt-hole in this Christ-wreck and you'll be treated to one of the most horrifying image sequences ever created. 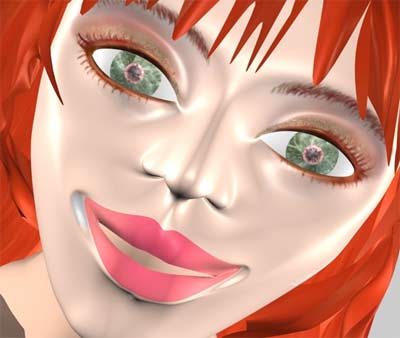 Meet Israe! My first 3D animation character. Israe LOVE'S the Lord JESUS with all her heart and she wants to share the Lord with all who want to hear the good news about Gods Loving kindness and saving grace. Israe is also going to play a great part in mighty mans world.

AAAAAAAAAAAAAAAAGGGGGGGGH! KILL IT BEFORE IT BREEDS! I don't know what render farm grew this monster but I think some dangerous chemicals have been seeping into the groundwater. Call hazmat and tell them to bring a lot of bleach foam and napalm, they can apply both to my eyes liberally in an effort to cleanse them of Israe.

If you're foolish enough to go looking on this site for graphics that are pleasing to both the eye and soul, you will be rewarded in the always mind-bending "Graphics 4 U" sections. Here's a sample of what awaits: 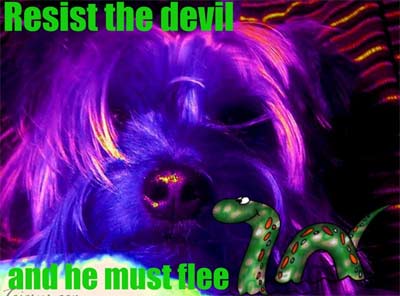 I don't know either, so don't look at me for an explanation.

There is so much to see and do on this site that I could spend all day going through the many "high points" and "attractions". One more thing I want to be sure you don't miss out on is the "heartfelt idea". As near as my insufficient capacity for comprehending insane Christian brain spew can determine, it's some sort of ritual for human sacrifice that involves burning hearts in the name of Jesus.

CAST THEIR BLOODY HEARTS INTO THE FIRE! WE OFFER THEM TO YOU IN SACRIFICE LORD! IA! JESUS PHTAGN! IA! IA!