The Secret Evidence Against the West Memphis Three 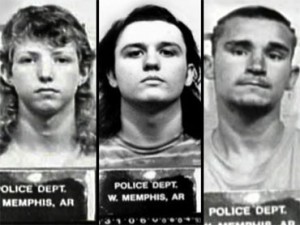 Last week, the West Memphis Three (Damien Echols, Jason Baldwin and Jessie Misskelley) were released from prison after serving 18 years for the murder of three young children in a small Arkansas town. The case became a national cause largely thanks to the 1996 documentary Paradise Lost, which strongly suggested that the men were innocent; since then, the cause of the West Memphis Three has attracted a worldwide following.
Celebrities, journalists, legal experts and concerned citizens worldwide waged a years-long campaign for their release. In an bizarre legal maneuver offered by Arkansas prosecutors, the three men were allowed to leave prison on the condition that they enter guilty pleas, though they still maintain their innocence. Many people assumed that the prosecutors used this strange tactic to save face and avoid an embarrassing retrial, since the case has become notorious worldwide as an egregious miscarriage of justice.
It is alleged by many that the WM3 were convicted based on a coerced and wildly inaccurate confession by Misskelley, scant and misleading evidence, small-town prejudice against heavy metal kids and good old-fashioned American satanic panic. Despite all this, the prosecutors in the case seem to maintain a genuine belief that the three men are guilty.
Now, thanks to extensive interviews and dogged journalistic excellence from the Something Awful team, we know why: the West Memphis prosecutors were sitting on a mountain of additional evidence. Much of it is inadmissible in court, but it nonetheless offers a compelling new view of the case. Here are just a few of those unpublished facts.