SS Enterprises, submitted by Joe. White Supremacy Racist week starts off with a hate-fueled bang today! Okay, so you're a horrible, horrible excuse for a human being whose entire existence is validated only by supporting the twisted ideals of the elite police force of the Nazi regime and you've got to leave the stacks of newspaper that you are sure prove the International Jewish Mafia controls the soap industry and go outside. But whatever are you to wear? Well look no further than SS Enterprises, the site that is devoted to clothing the racist, violent, Aryan pricks of this country from sea to shining sea! 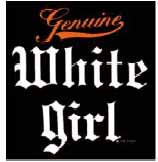 SS Enterprises has products that run the bigoted gamut from authentic Nazi pins and gear to casual wear for the laid-back Klansman. From Jews to blacks to foreigners, if you can hate 'em, this site can provide you with a shirt to insult 'em! But in case the racist, violent T-shirts and sweatshirts aren't enough, there are plenty of other ways to express your raw, unfocused, moronic hatred. For example, are you a white supremacist, but not actually in the Klan, so you have a tough time finding the right shirt? Try this patch! 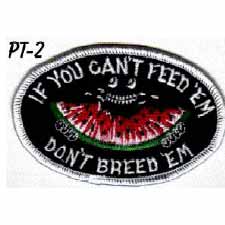 There you go! Now, I'll level with you. SS Enterprises is a bit pricey. But you know that it's money well-spent. After all, since it's obviously not going toward putting quality images or decent design on the website, that money must be going toward something really important! If you're curious like me, maybe you can ask them in their guestbook.

SS Enterprises does have one important message to share with us - so important that it pops up when you load their site:

Among the groups they are not influenced by are the Ku Klux Klan, the Nazi Party, and oh yeah, the SS.