Prophecy Institute Eschatology Studies, submitted by Reverend Hume. Hey ya'll, me again, I just wanted to show you this great new Internet page about some really righteous discoveries in Christian Science. Some might say that the Prophecy Institute is competing with our annual seminar and the good work we do there, but I like to think that anyone working to further the Lord is on the same side. These folks do have some really amazing discoveries to talk about! 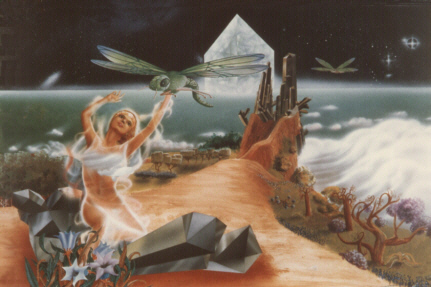 1965 Grace not only gives free salvation but also gives free good works without conscious effort to do good.
1974 Joseph the same as Egyptian sage Imhotep...Imhotep the same as Pathotep...Joseph designed the Great Pyramid... Moses raised during Sixth Dynasty under Pepy II...Exodus occurs at end of Egypt’s Old Kingdom...Abraham in Egypt at beginning of Dynasty II.
1975 Ham’s incest caused Canaan’s birth...Canaanites same as Neanderthals...Virus found in tree of Knowledge.
1976 Beast’s Deadly wound is the fall of Babylon...Beast begins; healing in
1977 Aesculapius serpent matches Nebuchadnezzar's dream of tree...Demons want bodies because they formerly had Nephilim bodies...Cherubim are not Angels/thus Satan is no angel...Satan is one of the Cherubims represented on the ark.
1978 Lucifer is not Satan, but Antichrist...Antichrist summoned to heaven...Proper count for 666 is in Latin...Lucifer, son of the Dawn equals 666...Heavenly judgment configured like English Court...Azazel sent to wilderness = Satan during millennium.
[...]
1994 Satan, at God’s left hand, has charge of God’s law (see Mt. Ebal)...Comet impact not only opens Tartarus but also creates Lake of Fire.
1995 Egyptian gods listed in book of Jasher as kings: ie. Oswiris (Osiris), Anom (Amon)... Paleo C-13 causes ageing in radio carbon tests toward magnetic poles.
1996 All translated to heaven, are there as mortals until last trumpet...Eden's Serpent originally a Sereph/ Dragon...Nephilim children mix with animals.
1997 Satan (Cherubim machine) created by angels (folly)...House of Melchizedek/ Shem becomes Phoenicians through Heber & Peleg.
1998 Satan carries God's signet on the law, allowing Satan to present his slant on the law in God's name.
1999 Christ returns one day before Yom Kippur...Elijah/Moses return on Passover... Quadratool Discovered...1290 days until end... 3 Brides for Godhead...Satan's 7 heads are his former positions.
2000 Christ/Melchizedek tithe...Christ is Leavened bread...Some Jews saved as mortals...New type Passover ordained.

Wow, 1290 days until the end. I guess that means it has already started. I hope Tammy getting cancer isn't part of the End of All Things. There are many more impressive discoveries on this web page and it is my hope that one day all of them and many of ours will be included in textbooks being handed out to students in schools around these United Christian States of America.