Crazy Frog Hits, submitted by NoneMoreNegative. This Crazy Frog shit has got to be stopped. Even if it destroys us all in the process we must devote our lives to purging history of every last trace of Crazy Frog. How can people see this shit and not instantly fly into a rage: 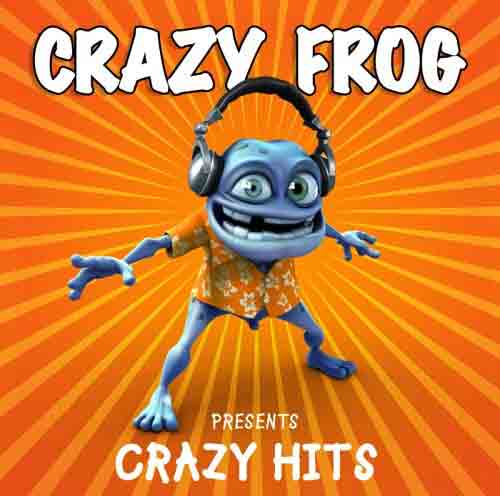 Crazy Frog presents Crazy Hits sees the frog at his finest. In addition to the massive Axel F and Popcorn, the Crazy Frog adds his inimitable style to classics such as the theme to Dallas, Felix's Don't You Want Me, Technotronic's Pump Up The Jam and The Pink Panther theme.

Fuck you Britain, I knew you would get us back for the War of 1812 eventually. Coldplay wasn't bad enough, you had to computer-engineer some sort of burbling and screeching font of spastic idiocy and then send it over to the United States. We'll get you back! I've got a computer, Fred Durst, and the sound of a baby crying that I'm about to run through a synthesizer. The London bombing is going to look like the Beatles once this thing blows up on the UK charts.

UPDATE! A reader has informed me that the guilty party behind Crazy Frog is in fact a German rather than a British company. That absolves Britain from some of the blame. Not all of it, though, because the UK made Crazy Frog a HIT! It topped Britain's musical charts and not, as far as I know, Germany's.