Thursday, Nov 24, 2005 by Reid "Frolixo" Paskiewicz
Know of an awful site? Send it to us and become a hero!

Devious Tyrant, submitted by Nordicvs. What can I say about the Devious Tyrant forums? That its posters embody the stereotype of the posturing Internet tough guy? That they have more low-res graphics of flaming skulls, demons, and flaming demon skulls than the average ICP fanclub site?

These guys were featured on the past Weekend Web, but I figured I would give them another go -- since they really deserve it, and because it's Thanksgiving and I don't feel like finding another ALOD. Really, though, if anybody deserves to be made fun of, it's these guys. They take the Internet so seriously that it's almost too easy to bait them into a frothing egoistical rampage. It's sad but also amusing, much like watching a puppy with downs chase its own tail for hours on end. 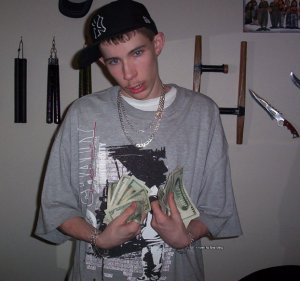 I'm not going to give you all the backstory of why I’m picking on these guys, but let's just say that they were the ones that found me and invaded my site for no real reason. It was a harmless invasion, and fairly amusing for a while, but after reading their forums I felt it was my obligation to share them with the rest of the Internet. To spread the joy, if you will. No need to thank me. Think of this as a holiday present from me to you, the Internet customer.