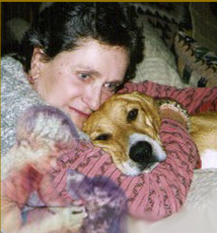 Andrew Luster, submitted by DynamicSloth. Andrew Luster was convicted of rape. And not just regular rape - RAPE TIMES 87. This is not a thing to be taken lightly, of course, which is why Andrew strongly adheres to his claim of innocence. He built a website for the purpose of spreading the news that he is not a rapist, which, upon entry, automatically loads a flash movie featuring pictures of Andrew that ominously enlarge while violent crashing sounds play. Let's look at some of the other techniques Andrew employs to assert his innocence, which may or may not use what grammarians call "the elusive triple-comma."

Andrew Luster,,,,,A criminal? or, A victim of another type? If he were a Professional Boxer, would he have faced only 3 years?

He has saved at least 5 people from drowning in the ocean and has rescued and cared for many abandoned and neglected animals;

Never in any trouble at school or after-school activities; had friends and playmates in neighborhood and from school; never any problems with parents or other children thoughout childhood and youth; took an active and continual interest in ocean & surf fishing; spent many hours each week on the fishing pier and on fishing boats thoughout teen years; attended Windward School, a small, private school in Santa Monica and graduated at 17 with a B+ average;

"So, as you can see, your honor, my client couldn't have possibly raped all of those girls! He has an affection for dogs!"

"You'll have to do a lot better than that."

"At one point my client was an innocent child."