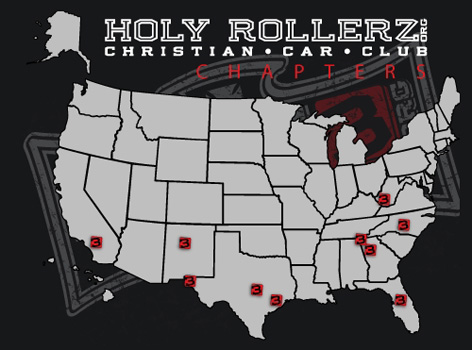 Praise God! His radiance has finally arrived at the market of American after-market consumerism through the actions of his disciples, The Holy Rollerz. If you're thinking car clubs might not be a natural fit for Evangelical ministry, what with all the drinking, daredevil driving and promiscuous sex that apparently characterizes these organizations, well, you're right. The Holy Rollerz admit this is a seedy realm where He the Lord "has rarely before been given the glory." You won't see any of the PG-13-rated street-racing and sensuality that define the secular Fast and the Furious franchise. However, you will find some badass cars, like a 2005 Dodge Caravan and a 1994 Buick Roadmaster.

I shouldn't be so harsh, even if it seems like the most effort some of these people put into their cars is getting them washed semi-frequently and throwing some stickers on the back windshield. (Disclaimer: For all I know, this is roughly the requirement for regular car clubs.) They're not completely out of the loop - they seem to show up at shows, and they even have a Ruff Ryders-like cruisin' anthem (great hook, "We're Holy Rollerz and we're holy rollin'"). And, of course, when they show up to car shows, they're showing up to spread the Good Word, so you can get a rad free Bible while you're scoping "Toaster's" '92 Accord, painted a luxurious silver and kept just the way God / an assembly line made it, right out of the factory. (Well, they threw some new rims and tires on it. Way to go, Toaster!)

Oh, and there's a performance calculator here, too, which lets you calculate how much horsepower your car might have, or what it might need, or whatever. Disappointingly, there's no calculator to demonstrate just how saved your soul is or could be, which I expected as a little joke, but I guess these people are kind of serious, so good for them.

Really, though, the most rewarding part of this Web site is the videos section, where you get to see people try to claim that their cars are blessings from God. I assume this is because God loves interstates and hates trees and all that bullshit that he apparently created what, 5,000 years ago? It's pretty much the same ministry as you'll see anywhere - "I was a very bad person, but then I found Jesus and now everything is great" - but with a lot more references to Fords and Chevys than you'd expect. And the aforementioned dope jam. 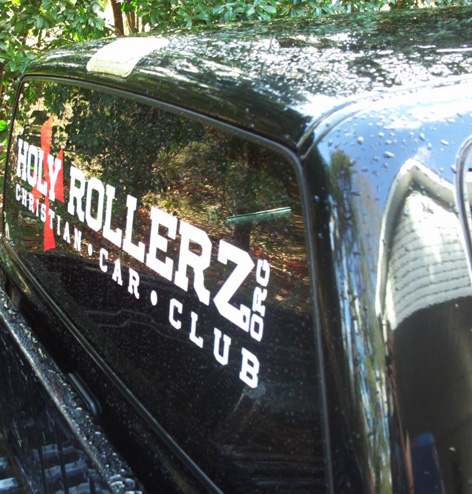