At this point, it takes a lot to get me to look at a Creationist website. Sure, they're made by idiots, largely for idiots (primarily because the "questions" they bring up wouldn't puzzle anyone who has taken high-school level biology in a state other than Kansas), but criticizing them and pointing out their flaws is just so overdone these days. Even right-wing politicians (well, the ones who don't share their names with gross liquids) hesitate to publicly state that they don't believe in evolution. But, then again, I've never encountered a Creationist website with this image: 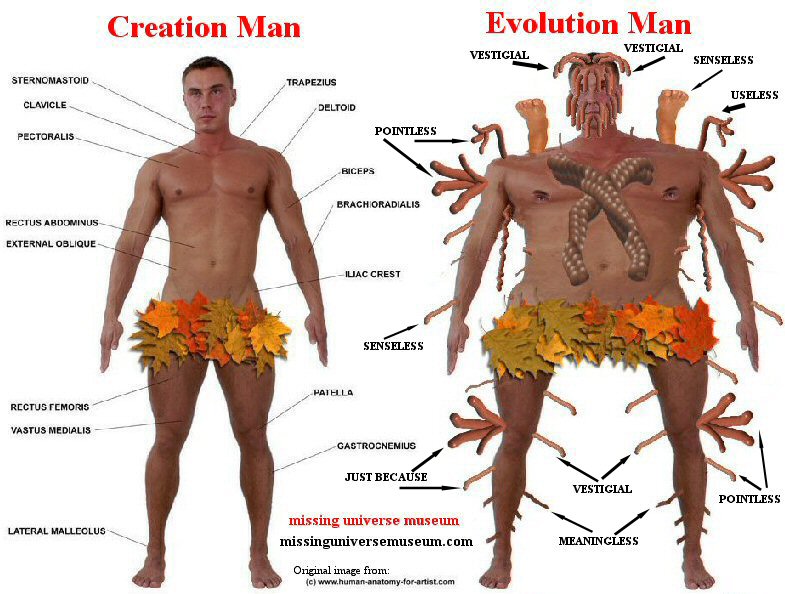 I don't need to go all Richard Dawkins on Missing Universe Museum, because while the site is certainly stupid, that's self-evident, and while I might be an asshole, I'm not that much of an asshole. Suffice to say, these are people who are more than happy to proclaim that living cells are very much like Lego blocks, and therefore, because Lego blocks don't spontaneously come together and build cool ICE PLANET 3000 spaceships, there is no evolution.