In the days before the modern Internet, proprietors of semen tanks had to sell their wares on the black market, using a complex series of secret codewords and hand signals so as not to upset the delicate sensibilities of the normies. But in today's e-commerce-driven economy, they can --and, in fact, must, to remain competitive-- carry out their disgusting business online where anyone can see. They have to have web sites, they have to advertise on unrelated videos, and for some damn reason they have to have a social-media presence. Behold: SemenTanks.com.

Are you employed in the "Bovine, Deer, Equine, Goat, Sheep, and Canine Artificial Insemination Industry" and hoping to score some tanks to store your goat goo at a reasonable price? Then you've, uh, arrived at the right place! Whether you're a seasoned semen-storage pro or a newbie breeder, SemenTanks.com has the right tank for you, ranging from the ever-popular XC Millenium model, which can hold up to 720 straws (I don't want to know what that means) to used tanks (gag). There's a wide selection of vapors as well, including the Cryomoo-ver" and "Minimoover" models. Ha ha, it's non-stop jokes down at the semen-storage factory! Remember, sales are limited to "those involved in [the] animal breeding business," so don't get any funny ideas, sicko. 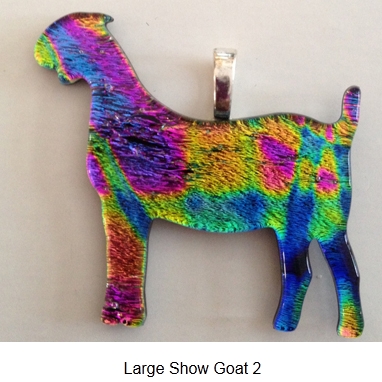 People seem to have this silly misconception that SemenTanks.com is just about semen tanks and semen-tank accessories, but they couldn't be any more wrong. They also have a line of fine jewelry that features beautiful glass-pendant steers, goats, and pigs in groovy tie-dye patterns! I think these are supposed to be for farm animals only ("Your show girl would look great in the show ring with one of these pendants around her neck"), but I'm sure the cops won't try to stop you if you get one for your wife. Finally, you can get your semen tanks and anniversary gift from the same place!

You'll be happy to learn SemenTanks.com is pro-life, pro-God, and pro-gun. When I'm buying a tank to store the gallons of horse semen I've been hoarding in my fridge, nothing matters more to me than knowing that the people I'm buying from share my views on the Second Amendment. It's a nice, refreshing change of pace from other semen-tank merchants, who aren't as honest and upfront about their politics. Believe me, when you're playing God with an artificial breeding program, you don't want to make the mistake of buying a cryogenic tank from a non-God-liker. 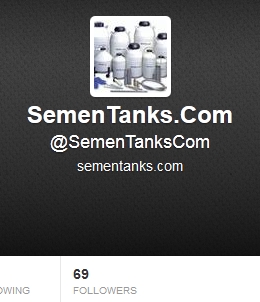 Be sure to follow SemenTanks.com on Twitter and Facebook. It definitely won't lead to awkwardness when your friends and family see "Brent likes Semen Tanks!" on their newsfeed! By following SemenTanks.com on your social medium of choice, you can scope out deals, keep abreast of new discount codes like "GODISGREAT" and "PATRIOT," and have a friendly chat about horses. You can have the close online relationship with a semen-tank supplier you've always secretly craved!