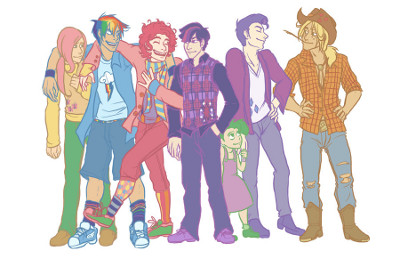 To quote another cartoon that originated in the 80's alongside My Little Pony, when it comes to brony culture there is definitely "more than meets the eye". To that end, I resolved to dive into the brony community and dig up dirt that can't be found with simple Youtube searches. I searched Twitter, forums, Facebook and even Ponychan itself. To that end, I now present you with my findings. 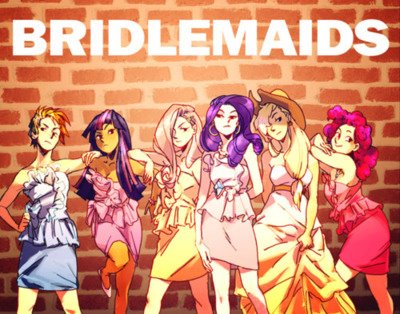 Possible troll. Either way, I'd argue that there isn't a whole lot of difference between saying this out loud and fapping to a cartoon meant to teach little girls about friendship.

Definite troll, but has resulted in much butthurt in the brony community. 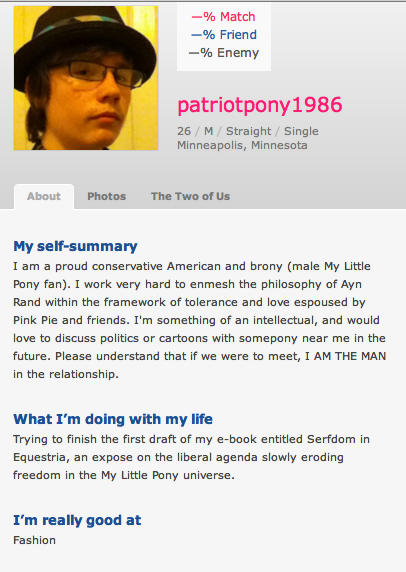 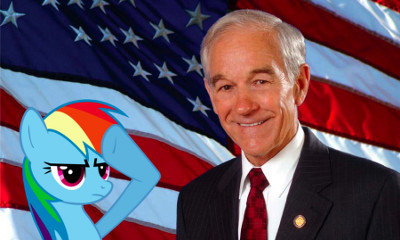 "Friendship is Magic! Unless you're a homo, woman, Mexican, liberal, pro-choice..." 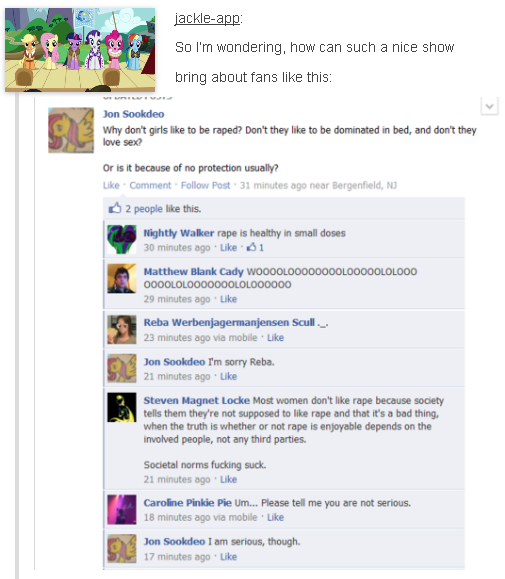 Chan pages are the fucking WORST. 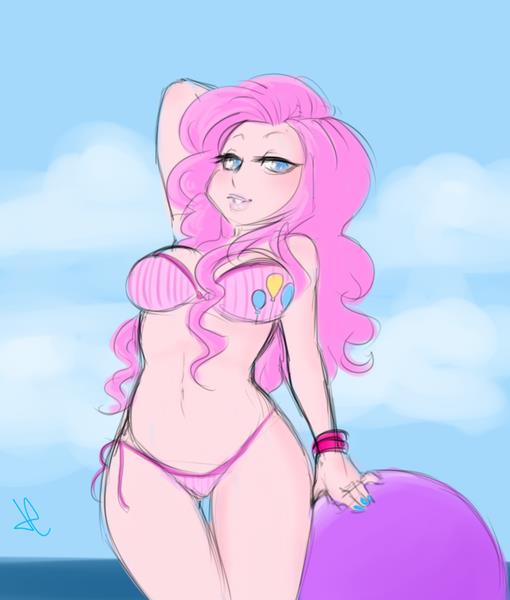 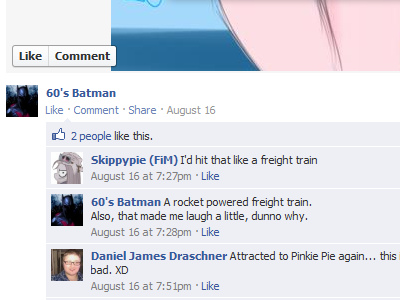 I'm sure she has guys chomping at the bit to... oh FUCK IT, I've been writing this article for so long that now I'M making unintentional horse puns. 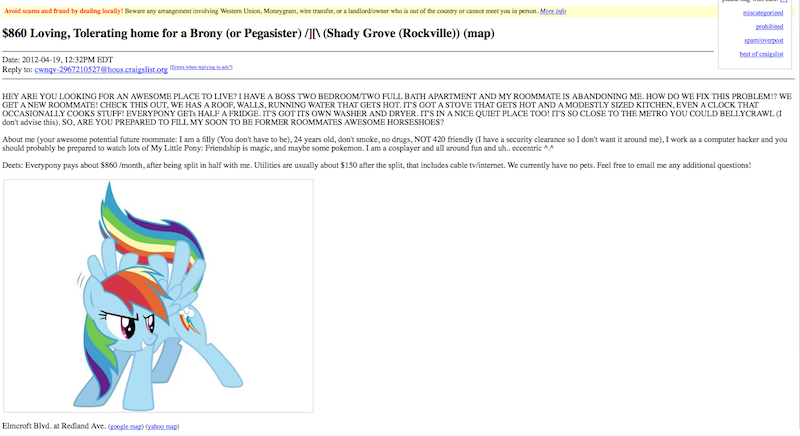 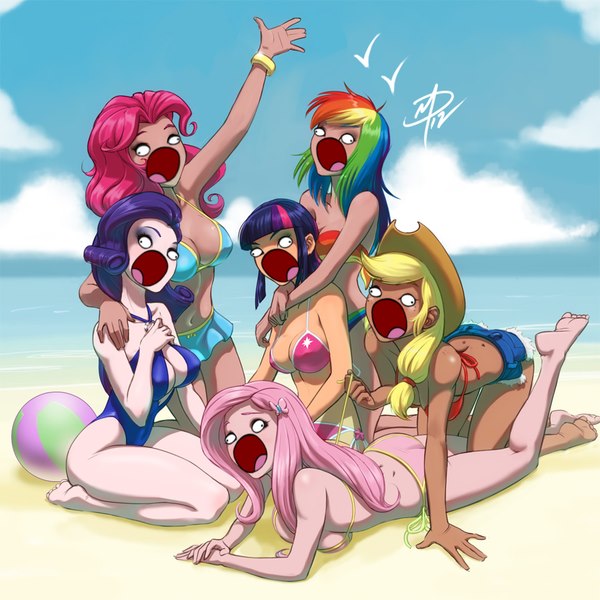 Remember "Scootabuse"? Yeah, this is one of the more tame images I found - the caption is "Hold your head up for me, squirt": 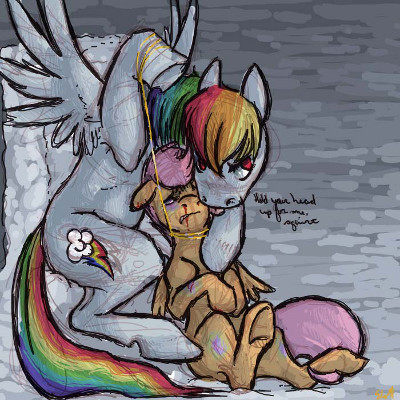 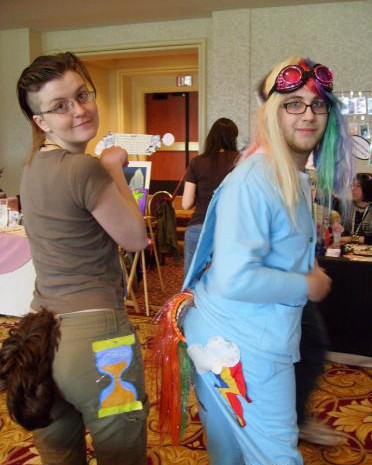 God help us all 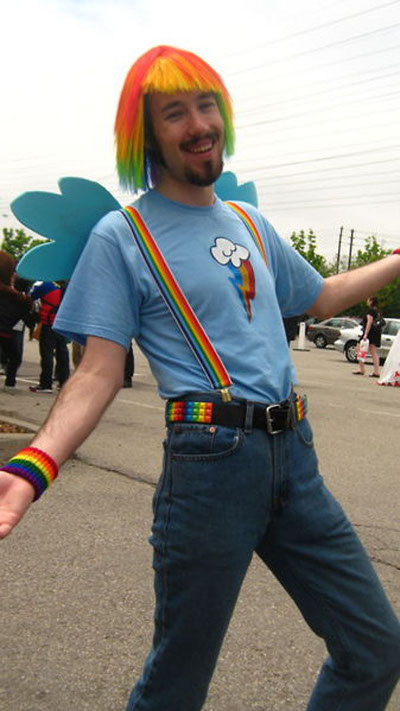