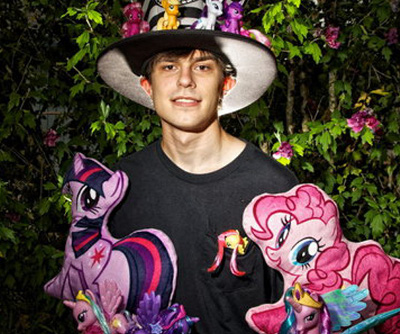 My Little Pony: Friendship is Magic is a show for young girls. There is no getting around this. Whether you love it, hate it or couldn't care less, the fact remains: it is a cartoon aimed at young children that teaches lessons about friendship and has some kid-friendly humor to keep their attention. It has pop culture references, but generally only those that the target demographic (Little. GIRLS.) would "get" (as if pop culture references are in any way a barometer for what is funny to begin with #familyguysucks), such as a pony-themed version of Katy Perry's "California Gurls" which was used in a commercial once.

It is not Animaniacs or Freakazoid or *insert show here* in that it isn't a mixture of kid entertainment and borderline-risque adult humor meant to fly over the heads of children. It's not Adventure Time or Spongebob Squarepants in that it isn't fun to get high and watch. Bronies themselves will tell you that a lot of the appeal of the show is that it's so cute and innocent and genuine. And y'know what? It is. But it's made for little girls and it's fucking creepy when people in their 20's and 30's identify with it. Anyone who tells you that MLP is hilarious on it's own merits has already more than imbibed the Kool-Aid and should be thrown in the nearest incinerator immediately for the good of all mankind. (Initially I appended "before they breed" to that last sentence, but hahahaha YEAH RIGHT.)

Artistically, MLP:FIM falls into the Dexter's Fairly Odd Home for Imaginary Powerpuff Girls genre of highly stylized bullshit that all looks like it was shat out of the same Korean animation hellhole which pays their "artists" 50 cents a week to churn out boring, same-y children's show animation by the toilet load. 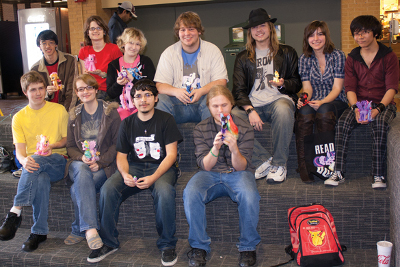 The initial lead writer for MLP:FIM was Lauren Faust (who's writing credits include - surprise! - the Powerpuff GIrls and Foster's Home for Imaginary Friends). Faust, a staunch feminist, signed onto the project hoping to address some of her concerns over the rampant sexism in the My Little Pony franchise, and good on her for it. She has, though, been oddly silent regarding her creation becoming jack off fodder for the autist patriarchy. Perhaps the clickity clank, clickity clank of money going into her piggy bank has drowned out the sound of thousands of sperglords feverishly "clopping" over her show's "plot".

Regardless, she has since stepped down and now plans to direct a documentary on the Brony phenomenon which only goes to show that one person's totally understandable - dare I say noble? - crusade against sexism in children's media is another person's sexist, pedo-tastic, autistic cash cow and that both of those hypothetical people are the same person in this case.

AwfulVision salutes you, Lauren Faust, for fighting the good fight against sexism until the exact moment it became financially viable not to!