Chapter 2: Staring Into the Abyss 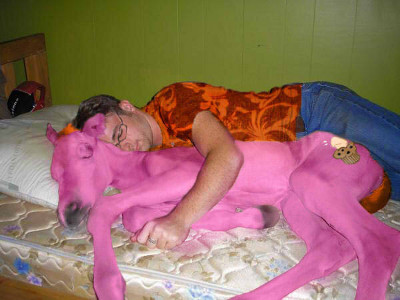 Of course, all the words in world (and goodness knows I've nearly typed them already) can't explain how godawful bronies are better than bronies themselves can. So, with that in mind, let's get acquainted with one, shall we?

"Get your hand off your dick, retard, because I've got something that's about to blow you the fuck away."

Well then! This guy sure is... opinionated and sure of himself! Perhaps that's what bronyism needs: a stalwart defender who isn't afraid to make his fandom known and assure everyone that bronies aren't creepy manchildren that like to masturb 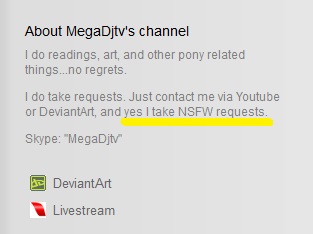 Welp, never mind! Say... is that a DevientArt link my Trolldar is detecting? DON'T MIND IF I DO! Surely he just means that he does the occasional, non-pony related NSFW pictu 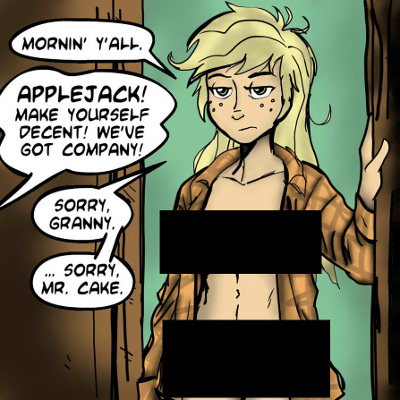 You know your fan base is fucking fucked when even the most modest among them sees fit to only remove the bestiality aspect of their disgusting fap habits while leaving the rest of the horror show intact; clearly the problem with the entire scenario of grown men jacking off to underage horses from a kid's show for little girls is the horse part AND NOTHING ELSE.

What say we take a deeper look at some of this brony "art"?