This was such a ridiculously fun election season, and I had so much fun reading and laughing along with you guys during it, I decided to commemorate it in game format. Since the X-box 360 has their Community Games service where you can upload any old shit and have it possibly be beamed into people's living rooms across the world, I decided to put it on there because I thought that getting people's reactions on it would be hilarious. Plus you can make beer money using it, which is a definite plus.

So let me tell you about the game that SA inspired: 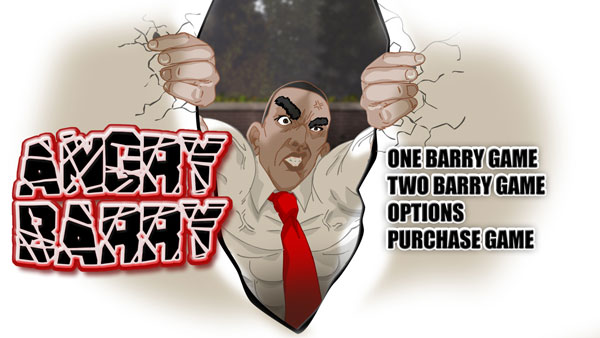 Are you a bad enough president to kick ass?

Angry Barry is a political parody high definition 2D side scrolling beat em up in the tradition of classic titles such as Bad Dudes.

In 'Angry Barry' you play the role of the titular 'Barry' as you fight a vast assortment of characters through 9 stages in your quest for the presidency of the United States . This quest takes you through a vast assortment of characters ranging from old catladies to Democratic and Republican rivals to the resurrected cybernetic Robo-Gipper. Equipped with punches, kicks, special moves and items, Barry bashes his way through all challengers in this next-generation adventure.

Angry Barry features several special moves and combos, high definition hand drawn and animated 2D graphics, tons of political humor and parody, an original soundtrack composed exclusively for the game, local 2 player simultaneous play, next generation effects and particles, and a huge number of enemies and items on screen at any given time.

One side note about the game is that you can pick up any item and use it to bash stuff with, no matter how big it is.

One day a little kid named Barry lived in Hawaii and he got hit by a meteor. From that point on, whenever he gets mad, he becomes 'Angry Barry,' a powerful being bent on world domination. Many years later, Barry was in the park eating a hotdog, when he found a fingernail in it. He then became madder than he had ever been before, and was now permanently 'Angry Barry.' Now nothing will stop his quest, starting with the presidency of the United States. 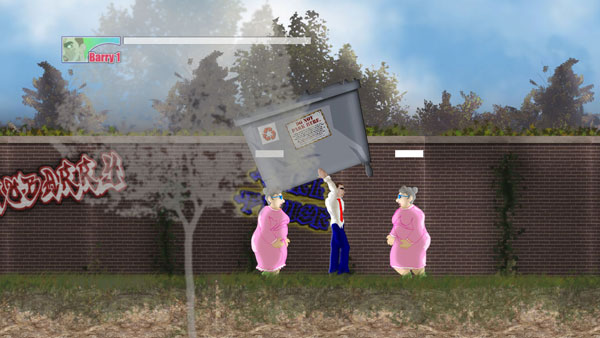 Fight your way through Central Park, through rogue Secret Service agents and catladies named 'Dottie,' on the way to take down HillDawg. 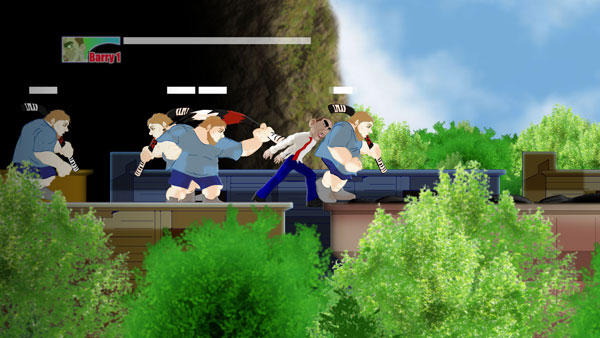 Fight your way across a train with a golden cargo in order to fund your rise to power. Watch out for the Good Doctor and his neckbeard minions! (and look out for the blimp flying by that drops bombs on you from time to time) 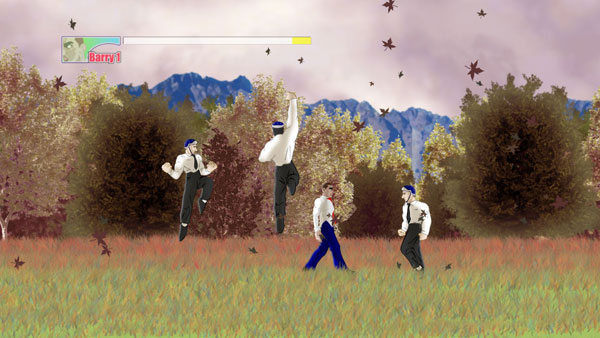 Derailed in Utah, you have to fight your way through leagues of Mormons to get to the plane to take you to D.C. 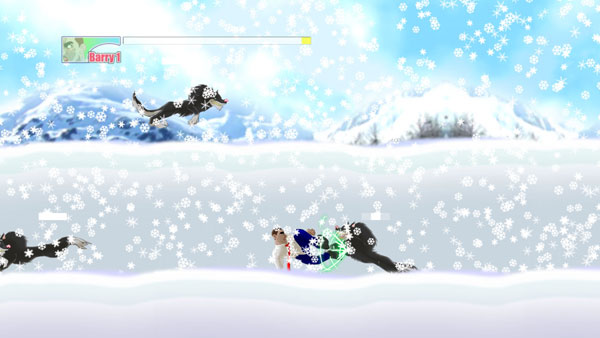 The plane was a trap that deposited you in deepest Alaska, now fight your way through legions of wolves (with helicopters chasing the wolves), catladies, and Secret Service agents to confront the mastermind behind the attempt to take you out.

Finally, you have arrived at your goal. Take down the President and take over the country!