John Q. TaxpayerI've been a subscriber to your once-fine magazine for close to thirty years, and my garage still contains the shattered fragments of three S.I.-branded football phones, thrown against walls long ago thanks to the nagging behavior of certain parties. And, every February, your swimsuit issue acted as a wonderful way to continue testing my sons' sexuality in ways that would no longer get the state involved. Yes, Sports Illustrated once served as the unifying force in my family, giving me a distraction to stare at during dinner, my wife something to stack and arrange neatly on coffee tables, and my sons wonderful role models like Kobe Bryant on which to model their behavior, both on and off the court. But when your latest GAY BASKETBALL ISSUE showed up on my doorstep yesterday afternoon, the prosperity of my household was shattered, and permanently.

Sports Illustrated, I'm John Q. Taxpayer: homeowner, father, and husband. In comparison to your basketball "hero," I'm practically Superman with Spider-Man sitting on his shoulders, hanging out inside of the Batcave. Seems to me, heroes used to be bold, quiet men, who ruled with a strong hand and eventually died of stomach cancer -- apparently you have changed this term to mean "tall man who enjoys backside pleasures." If my Korean War veteran father still had some sort of cognitive awareness, this news would no doubt make his cataracts fog with rage, and cause his untreated diabetes to flare up in ways that would somehow involve treating it. You see, pops also used the pages of Sports Illustrated to instruct me in the ways of manhood, and thanks to your teachings, we have not shared more than a familiar nod since March of 1989. This latest slight can only mean the end of a long and proud tradition that began when the senior Mr. Taxpayer beat me savagely with an issue bearing the image of PGA legend Paul Runyan in 1965.

Maybe I should share with you the many feats that make me more eligible for cover story status than your gay basketball man. For one, I grill a mean hamburger, and whenever I hear my loved ones crunching through the gristle to get to that sweet Sam's Club-overstock flavor inside, I know I'm fulfilling my biological duties -- and somehow, I can do this without any boyfriends! Go figure. And despite my ongoing attraction to women (the gals at the bank can tell you I give them hell whenever it's time to cash pop's Social Security check), preferring the bedroom company of ladies has not at all affected my long career at the bait shop, where I moved from "worm boy" to "assistant worm manager" over the course of 28 long years. Mr. Anthony had the foresight to check this out for himself when he first hired me, but no amount of pictures featuring him in European-style swim briefs could shake me. Yes, I may have reached my current position in the bait industry thanks to Mr. Anthony being the unfortunate victim of a Catholic youth group smear campaign, but I continue his proud tradition and have been disappointed to witness most teens turn to the police before calling my bluff. When John Wayne died, courage died with him. 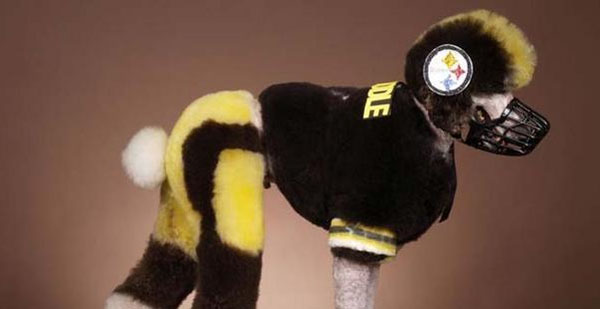 It's only been 24 short hours since your latest issue hit my front step, and I barely have the words to describe how my life has been affected. As I flipped through the pages, Laurie and the boys tried to console me, but only found the same daddy who destroyed an entire above-ground pool when the Steelers lost the Super Bowl. That didn't win us any friends with our new neighbors, but when a man is slighted, he must find a way to express his rage. Of course, I'm sure your Jason Collinses of the world simply have to switch on an episode of Glee and dance their troubles away, but some of us don't have it that easy thanks to heterosexuality and old football injuries. That Baltimore fan might have said I live in "Shitsburgh," but I managed to walk away from that stadium fight with only a shattered femur and a manslaughter charge.

In closing, Sports Illustrated, I must say that I'm disappointed in you, but in situations like this, I have to take the moral high ground. Please send the remaining three issues left on my subscription to the new address included in this letter, and make sure that each mailing includes a written affidavit to ensure that it contains no contraband. I know the warden would appreciate it. And if you're interested in interviewing me, please let the boys at County know; they said I really "pulled a Chris Benoit" on my family, and I know Sports Illustrated has often dabbled in the world of wrestling.