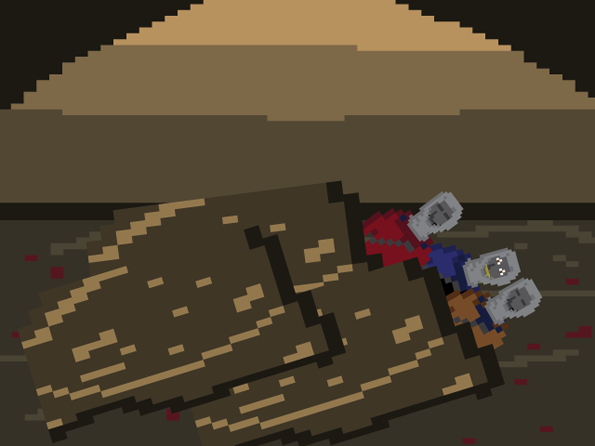 > ask him what his deal is

"Hey man," you ask as he pulls a long knife from under his coat, "What's your deal?" 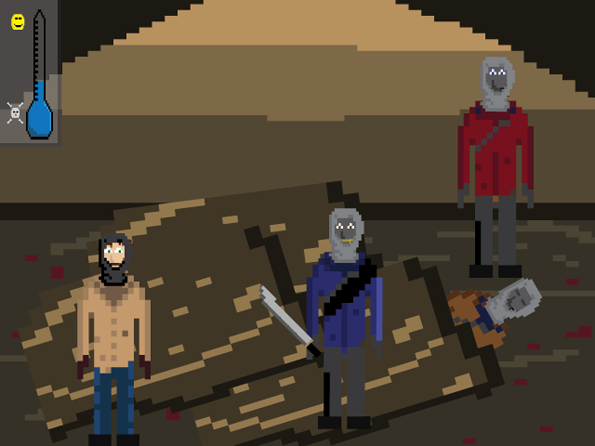 He walks slowly forward, kicking one of the other men to wake him up.

> Nobody tells you what to do. Give him a Stone Cold Stunner.

Feeling a sudden rush of bravery, you pull the can out of your pack and smash it on the ground, opening it messily. You hold it above your head and pour ice cold beans all over yourself, then rush forward to delivery a devastating close-combat move.

Before you can raise your leg to kick him in the stomach, he easily uses your own momentum to run the blade through your chest.

You fall backward. The world fades to black.

> tuck in your junk and pretend to be 'her' 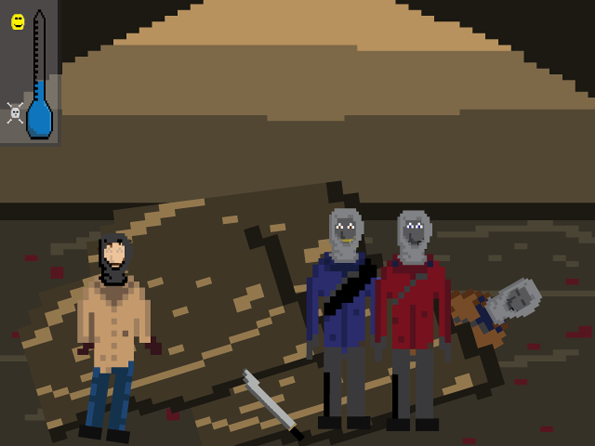 You strike an effeminate pose and smile knowingly.

He hesitates for a moment, then his eyes grow wide. The knife falls to the ground and his voice trembles.

The other man seems very conflicted. He furrows his blackened brow and eyes you up and down.

"You aren't her... She never dresses like the crew..." He shakes his friend by the shoulders. "Your brain is addled! Don't lose it now, man... he's trying to fool us!"

> Order the sobbing and scared man to kill the other one who's trying to convince him it's a trick. Tell him you found out the other man is a traitor, and if he doesn't kill him to prove his loyalty than you shall be very... displeased.

The man in blue regards his companion dolefully. "You know what I must do..."

The other man raises his hand initially to protest, but then drops it. He sighs with what seems to be either relief or resignation. "It's okay John... I'm ready to go," he says in a soft tone. "I can't do this anymore."

John drives the blade into his companion's chest, tears welling in his eyes. "I'm so sorry, James." 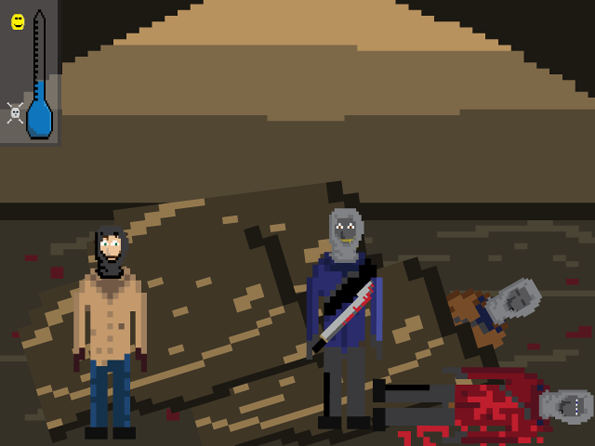 James breathes his last breath, and John collapses over him, weeping pathetically.

"What did we do to deserve this?" he moans at no one in particular.

> Kiss the man gently on the forehead, then stab him while he's in your embrace. Shush him sweetly into the beyond.