haha i can't believe she actually did it. she actually put her titties on a plate and got them squished with another plate. ding ding order up haha, serve this plate full o' titty to someone who isn't a total fucking rube, oh my god haha

In order to find out whether you have the bad kind of tit, the nurse and I will go to opposite sides of the room and fling radiation at your bazoombas with these jai alai cesta. Then we will take a picture of them with a nuclear camera.

In order to kill witches, the people of Salem, Massachusetts invented the world's first-ever mammography device.

Fat Man, the atomic bomb dropped on Nagasaki, worked by using a conventional explosion to compress a small sphere of plutonium on all sides, which caused a chain reaction resulting in a massive nuclear detonation. The architect of the atomic bomb, John Robert Oppenheimer, inadvertently discovered it while using the same technique to put the whammy on a lady's rompers.

one prank I like to play is coating my breasts in superfluid helium. the doctor's face when my lubricious goombas slip out of the machine like a bar of soap is priceless!

Ancient sculptors of the Renaissance perfected capturing human beauty my smashing some boobs between two metal plates. So pure and artful was this depiction of the human form that this technique was not surpassed until the atomic age, when scientists learned that not only could they smash some boobs between two plates, but they could blast them with radiation while doing it.

My plan is to adopt Muhammad Ali's rope-a-dope technique, allowing my doctor to exhaust himself by wailing on my knockers for hours, then landing the final blow myself. 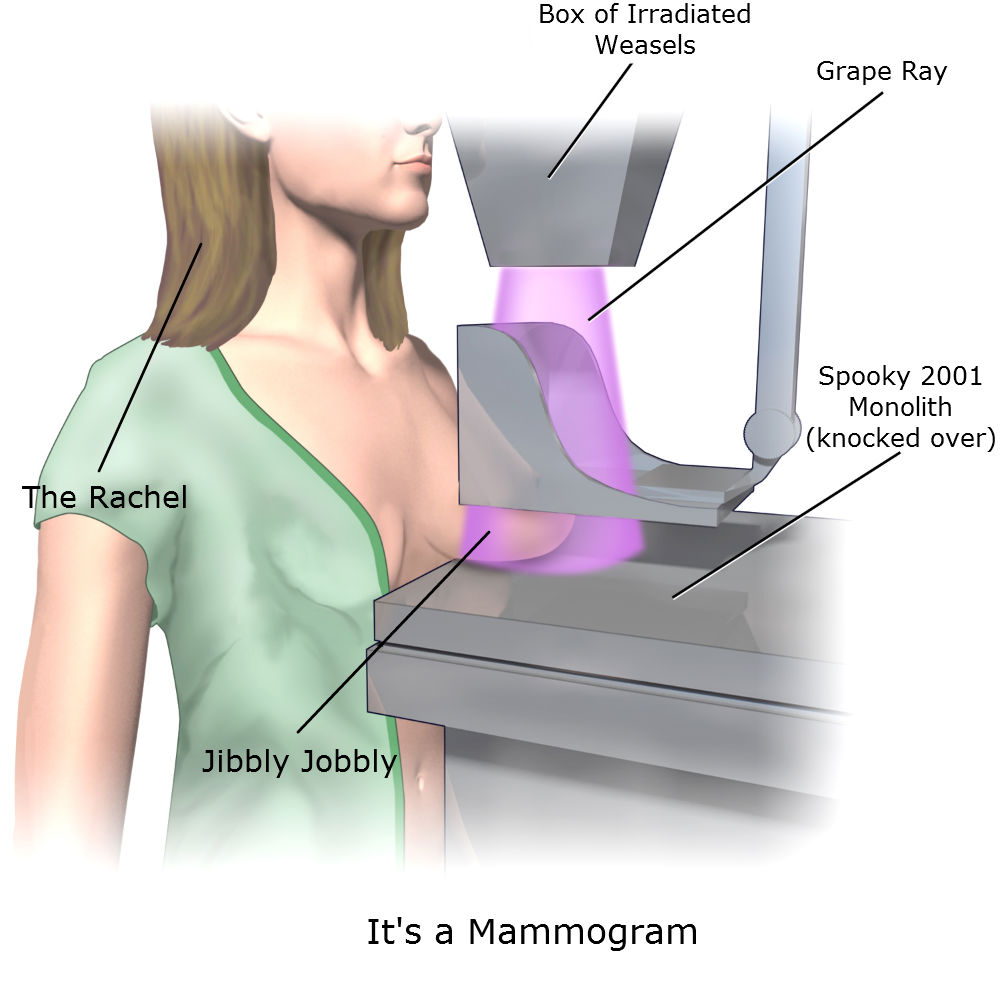 *pulls my boob out after the timer goes off, perfect grill lines on each side*