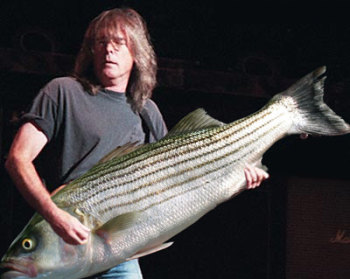 My naughty bits are like a bass player: most of the time people forget it's there.

My dick is like Ricky Martin. It had some limited crossover success in the past, but the only lasting success has been with Latinas. Ask most non-Latin women about it these days and they'll either deny having liked it or chalk it up to being young and stupid.

My dick is like Barbra Streisand, it's ugly, too skinny, the only people who like it are gay or middle aged fat women, and it hasn't done any meaningful work in decades.

My dick is like Axl Rose, it was prolific for a while then went into hiding.

My balls are like the Blues Brothers, it hasn't been the same since one of them departed.

My dick is like Tupac, frequently airbrushed on t-shirts

My penis is like Henry Rollins, the veins pop out in his neck when he gets excited.

My cock is like AC/DC. Yeah, it's old and it did its best work in the past, but it's still fun to pull out at a party later in the evening after everyone's been drinking for a bit.

My dick is like Fergie. It wets itself halfway through a performance.