It's been said (more than 500 times, based on a quick Google search) that Adam Sandler's movies are "beyond parody." But SA Goons don't like hearing that any target is off-limits, so some of them wrote out storylines for future Sandler films, and others Photoshopped those pitches into reality!

Alan Sanders (Sandler) made fortunes in the .com and social networking booms, yet he still felt empty. Then one day, he was driving along the San Francisco Bay coast when he happened to look out at Alcatraz just as Party Rock Anthem started playing on the radio and inspiration struck: a nightclub inside the former prison.

Now along with his burnout college roommate (Rob Schneider) and Dwayne "The Rock" Johnson, he's got his hands full dealing with an angry National Park Service agent who didn't abide by the agency's sale of the building and a building inspector whose ex-girlfriend dumped him for Sandler back in college. And then the Russian Mafia decided they wanted a piece of the action. Featuring appearances by LMFAO, Macklemore and Psy. 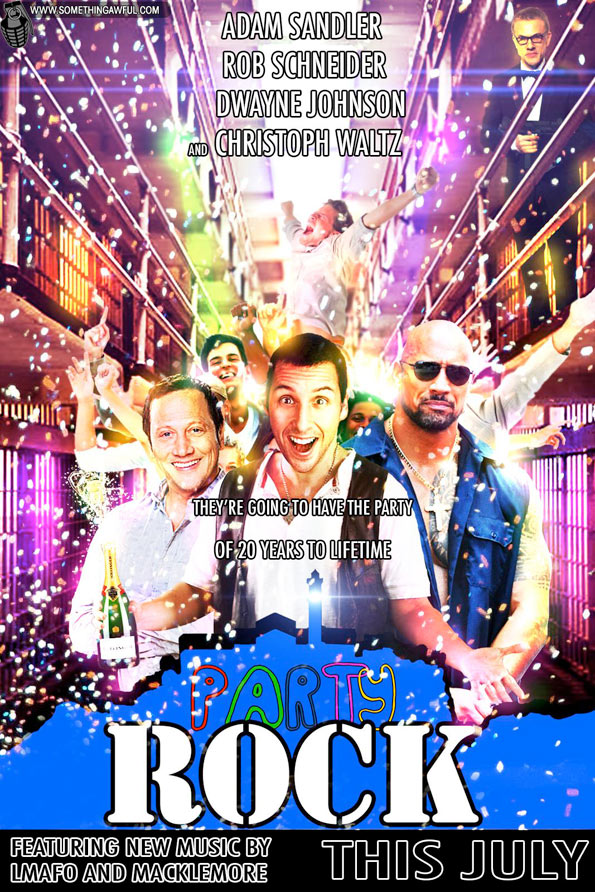 Adam Sandler is Bill Averagejoestein, an office drone who loves social media, but has little time for his family.

While running late for his son's little league game, he takes a short-cut through a graveyard and finds a haunted Verizon HTC (B)One cellphone. After using it to tweet about how bullshit traffic is, he discovers that he's not logged into regular twitter, but GHOST-twitter!

When you're haunted by thousands of ghostly followers, it's tough to post pictures of the family barbecue without instagram phantoms deciding to crash the party! And when you tweet about your mother-in-law coming to visit, you know someone's gonna get trolled by the ghost of Rob Schneider!

The chance of a big promotion at work is coming in a few days time. Will Bill use the power of social media to get his life back on track, or does he not have a ghost of a chance?

#Boo, coming to theatres this October! 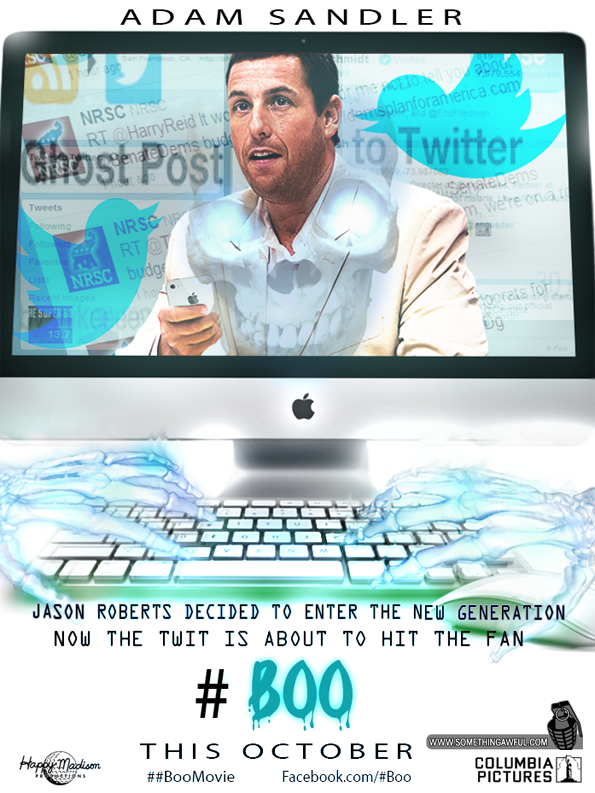 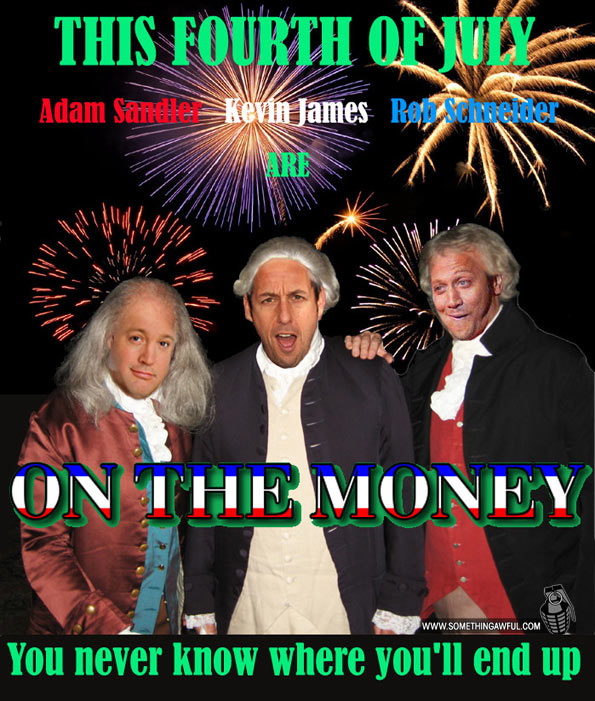 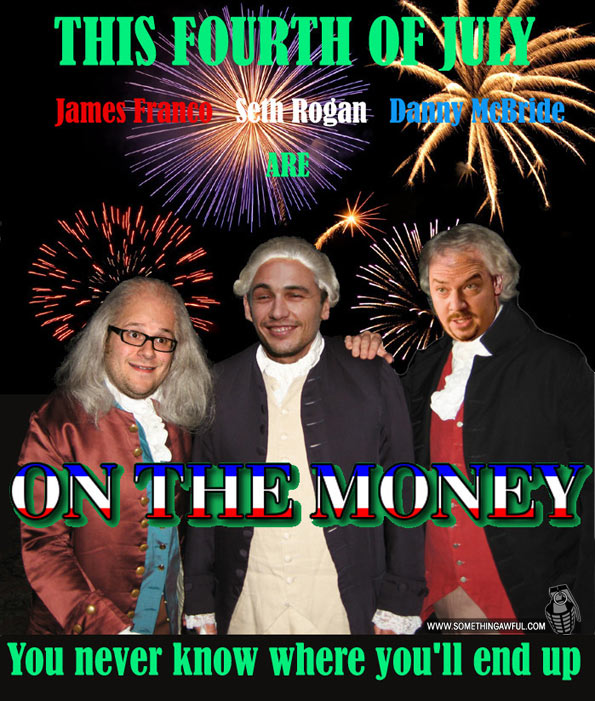