It's been an odd couple weeks around the Current Releases office. The guys got so wrapped up in The Best Man Holiday last week that no review materialized. Now Sean "Keanu Grieves" Hanson has gone missing, and Joseph "Jay Dub" Wade has somehow won yet another Vaugh-a-thon, leaving Martin R. "Vargo" Schneider the gruntwork of reviewing Delivery Man. Meanwhile, Joe gets to review a prestige picture, Dallas Buyers Club, for once.

EXPECTATIONS: I've yet to read the novels on which these films are based, but y'know ... the first Hunger Games was surprisingly good and a palatable chaser after four years of Twilight. I guess I'm somewhere between indifferent and vaguely excited for Catching Fire.

REALITY: This review is rated PG-13, but only if you shake your monitor while you try to read it.

It's been a helluva ride, but I'm afraid I won't escape England intact. Yesterday, I accidentally knocked over Montague's box. With great agility and strength, he forced me into submission. I don't remember much after that. Somehow we made it to Cornwall (I'm guessing at the location, but my only view from the library window is a garden wall made of corn and teeth). In the past sixteen hours, I've witnessed vulgar depravities no man could be asked to describe, much less comprehend. You warned me he was unstable. Sadistic, even. But I never imagined he owned the complete works of P.G. Wodehouse - 117 volumes in all - bound in human flesh. At dawn, he gathered the hounds and his "Ludgrove chums" for a morning hunt. He gave six poor boys from a nearby council estate five minutes to run. I can still hear their screams.

But the worst was yet to come.

When they finished hanging the boys' skins on a tanning rack and cubing their meat for stew, Montague announced we would take the Rolls to town to catch a matinee screening of Catching Fire. "You know, Mr. Grieves," he said as he pinned a rose to his lapel, "I never felt empathy before I met Coriolanus Snow." Franklin, the white and wordless driver he insisted on calling Mordecai, aimed the Twenty at a wrought-iron gate to which Montague had fastened twists of bloody hair among the ivy. Enthusiastically, Montague huffed cocaine from a crystal vial laced around his neck and ate suspicious mushrooms from the tin box he kept in his breast pocket. He ordered tickets from Fandango. He asked me to address him as Coriolanus - "or Caligula, if you must. Caligulalanus. Heh." The conversation got weirder.

This is merely an approximation of the horrors that loop contained. To adhere to Something Awful’s content standards, I have removed Montague’s charcoal drawings of animal rape.He told me he knew things about the characters, truths Suzanne Collins had communicated to him when they were both in the Further. "It's clear what Peeta is." He smiled and flicked on an 8mm projector, casting a loop of footage spliced with Montague's own art against the back of Franklin's seat.

The only clear truth was this: Years of unmitigated cocaine and mushroom abuse had ravaged this British aristocrat's psyche. My lone attempt to flee, when Mordecai stopped so Montague could admire a troop of skipping schoolgirls, proved to be in vain. The Twenty's doors were electrified. I learned that the hard way. Montague huffed from an ether-soaked rag and belted out a Mozart giggle. I slouched further in my seat, away from my looming fate.

When we arrived at the theater, an unmarked screening room amidst a field of factories from which orphans emerged with sooty cheeks, I was surprised to see a Fandango kiosk. Globalization, eh? We took our seats, and Montague slipped into a child-like stupor, his blown-out pupils growing even wider as the projector flickered to life on a CoverGirl advertisement for glittery makeup in an array of hellish hues. A Catching Fire tie-in. "Get your District looks at Asda." Montague could hardly contain his zeal: "I want to paint pretty fresh corpses!" As I stood to leave, he clamped my thigh to the chair. His grip was firm and icy, the way I imagine Donald Sutherland's ass. Although I couldn't discern the particulars, he threatened to sliver my something-or-other if I tried to leave again. We shared popcorn. Mordecai smiled approvingly from the back row. 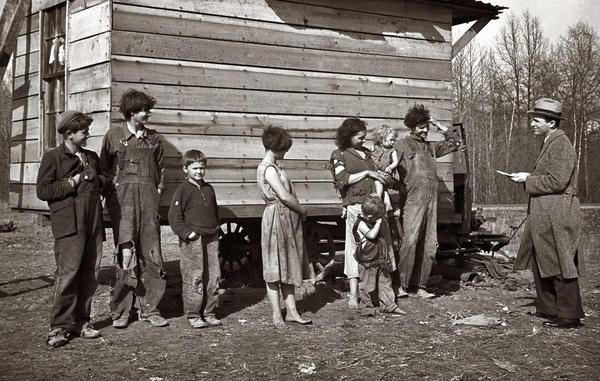 In an early scene, Capitol stormtroopers force the humble citizens of District 12 into the center of town, build a pyre of their belongings and set it on fire. "What a great way to communicate the horrors of the Holocaust to a generation of kids who care less about reading books than ever before," I remarked. Modulating his anger into a stage whisper, he told me the Holocaust was a grand lie designed to besmirch the greatest leader the world had ever seen. I looked back at Mordecai, who grimaced. Montague took another hit of ether.

Gradually, I began to assume his deranged perspective. An hour into Catching Fire, I understood that Katniss Everdeen and Peeta Mellark presented a very real threat to the peace and power Snow had worked so hard to preserve, and Lenny Kravitz is Lenny Kravitz under any circumstances. I wanted to see them pay for their insolence. I wanted to pan-fry Peeta's buttery liver. I wondered how long I could love his body after his pig-raping soul descended to Hell. Whenever Katniss and Peeta escaped the clutches of their opponents, we wept together. Just like Satan, Montague is ... magnetic. His depravity, the result of good breeding and a whole lifetime of YA fiction. I knew I had to leave his presence if I wanted to retain even one shred of my humanity. As we left the theater, Montague urged me to write something snappy in my review, like "Catching Fire sizzles!" I think you guys would agree that with his vile sociopathic streak and penchant for empty wordplay, he has a bright future in film criticism. That's a worthy box quote! 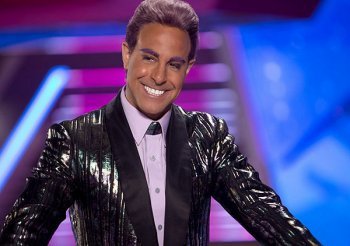 Composite sketch of one Montague "Legally Sane" Smythe.On the way home, we made two stops. The first, predictably, was Asda's. And, men, you cannot imagine how hard it was to apply Sapphire Flare #315 eyeshadow to every square inch of Montague's portly body as the Twenty bounced along cobblestone alleys. We stopped again at public housing, where Montague went from floor to floor, shimmering blue as he demanded tributes. Tearfully, they complied. The bobbies provided a paddy wagon to haul our teenaged soldiers to Montague's sprawling estate.

In the groundskeeper's shack, they selected weapons from an assortment of rusty implements. No custom-grip bows, no ornate swords. An insistent fog of Burberry cologne rolled through the musty Cornwall air. The kid who selected a post hole digger was done for, I knew. Instead of a force field, looming topiaries of minotaurs and unicorns marked the boundaries of their arena. Prince William - one of Montague's Ludgrove chums - idled nearby in Nazi regalia, musket in hand as he stood ready to shoot any child who dared to breach the perimeter. No longer sure I could stomach the carnage, I turned my back at the first report of Montague's whistle. So this is England, I thought as I shuffled towards the mahogany doors of my manor-prison, leaving the clattering and spurting and teenage death rattles behind me. The politics of Panem don't seem so ludicrous after all.

MINORITY REPORT: MISSING: One film critic. Answers to "Sean." If found, please return to Current Releases. Or not. Whatevs. How are you? Do you like movies?