Oh, hey, you're still here? You mean things haven't come to an abrupt, unsatisfying conclusion after four units? Thanks, improved NFL overtime rules! Now, have some bonus images that were vaguely inspired by ESPN special correspondent Touré's polarizing "What if Michael Vick were white?" article! They'll really make u think.

Cream-of-Plenty: What if Mike Vick was the first man on the sun? 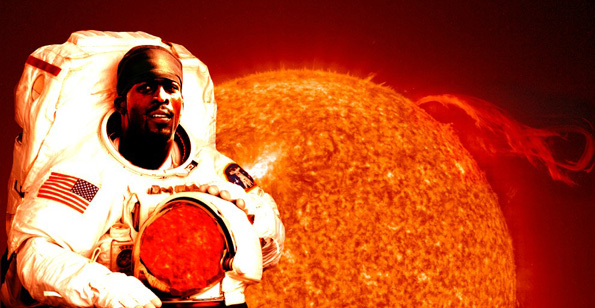 Millie: What if Mike Vick was Dog... And Dog was Mike Vick? 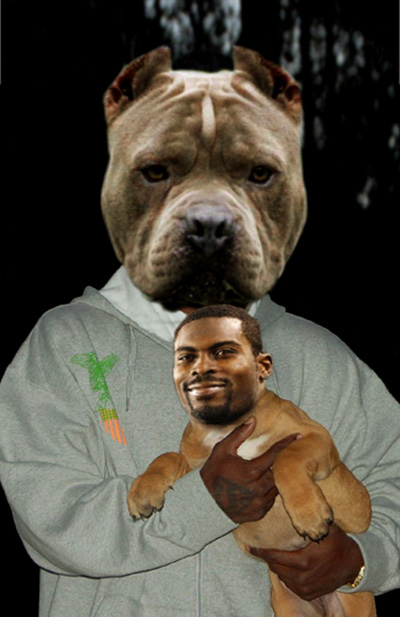 St00ert: What if Mike Vick was that friendly old white fellah in the produce department? 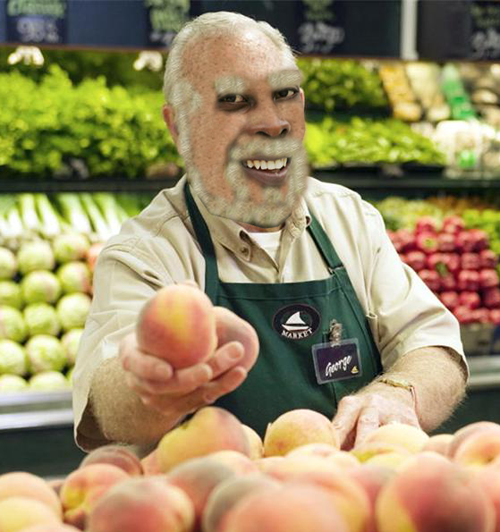 Cream-of-Plenty: What if Kobe Bryant was David Beckham? 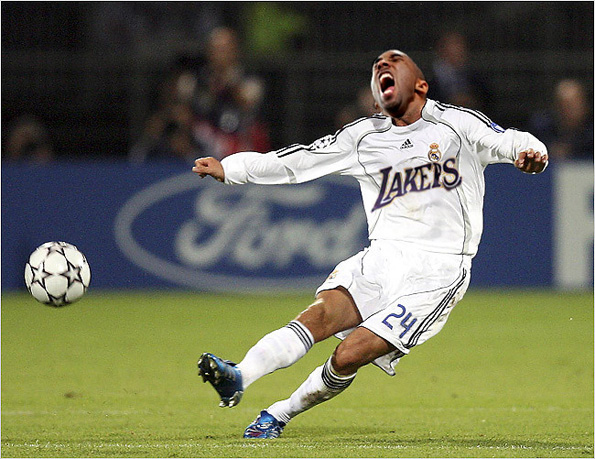 What if Kobe Bryant was David Beckham and he was mauled by a Pygmy Hippopotamus? 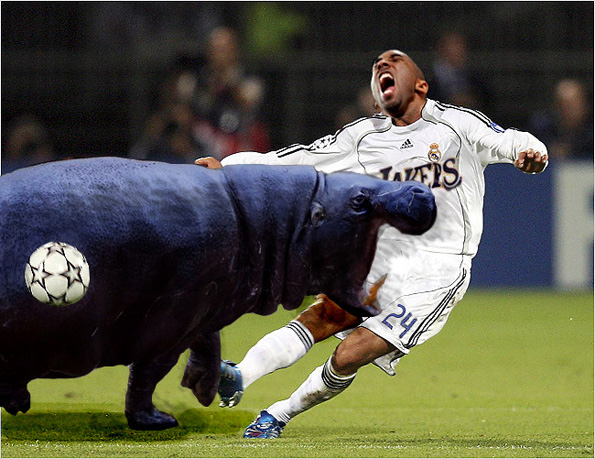 What if Kobe Bryant was David Beckham and he was mauled by a Pygmy Hippopotamus...in Hell? 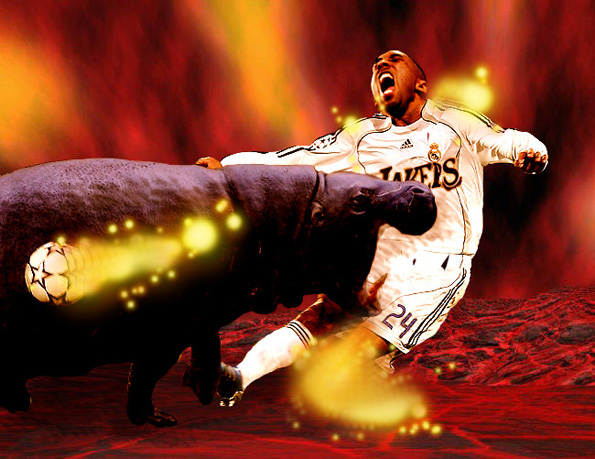 Well, that about wraps -- ok, one more for the hardcore football people, because we almost never do sprots stuff. XyrlocShammypants brought football-headed draft prospect Josh Thomas to the attention of the Funhouse, and nnnAdam stuck him in a carton. Then other good-egg forums posters suggested comically conical options from the football world, until they'd gathered a full dozen, at which point uncle jimbo made it wiggle jiggle. It's mesmerizing...