So I've spent the last few days getting better acquainted with my penis.

I knew it well before, but it had been somewhat of a one-sided relationship. I decided to give my penis the attention it deserves, to listen to its point of view, laugh at its jokes, and lend a crying shoulder, when it needs one. We've never been closer.

As we walked the beach together, took in an art exhibit, and played catch in the park, I felt the harsh glare of life being cooled and lifted, leaving us contented, skipping stones on the bay, sheltered in the nurturing shadow of my dong spot.

Inseparable we are, my penis and I. Two bestest buddies, throwing care into the wind.

Until this afternoon, when we went to the bathroom, and I saw the first flash of red. I stared silently for a while, completely mesmerized by the crimson beacon that illuminated my boxers.

It offered nothing in response but its radiance. I was frightened. Treachery was afoot. The cozy dong-shadow had vanished, and I stood vulnerable beneath a burning sky. What cruel fate had it seen, that it would light such a fire in warning?

Leaving the bathroom, I kept myself in a state of vigilance, with one fist cocked, and one cock cradled. I returned to my desk, expecting to be fired, or the store to be robbed.

I left work, expecting to be hit by a truck.

We headed home, paranoid, sweating, listening to NPR for news of disaster.

Nothing happened. That is, until we neared the gas station, and I got an erection. This was an odd occurance, as I'm not usually aroused by terror. Something else had captivated my dong, and I needed to find out what it was.

I pulled into the gas station, and went to the bathroom to investigate. I was at roughly half-mast, angling right, with a spot that burned red with the passion of young lovers. But what did it mean?

I pondered the implications of such a fiery spot, coupled with a spontaneous boner, and decided to revisit the experiment from several days earlier. After doing what I could to quell my hard-on, I went to the counter and examined the scratch-off tickets. Half-mast, to the right, put me in the $5 row, but the hellfire red sent me to the far left.

This is the ticket I landed on: 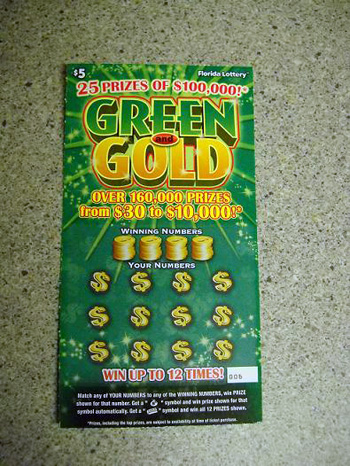 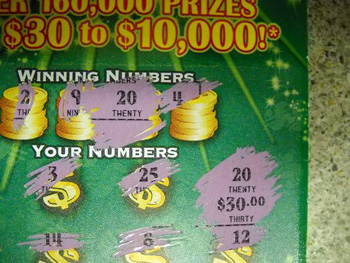 Please ask your penis the following questions for me:

1. Will it work out between me and the girlfriend?
2. How will I do on Step 1? Should I study in Boston or Philly?
3. How will the Red Sox do this year? Will the Pirates break .500 in this decade?


I'm still not sure how to ask it specific questions (I'm working on a system for numerical values, but we'll get to that later) so I will just ask, try to evoke some kind of response, then do my best to interpret what it means.

If any of you believe that I have misread my dong's intent, please feel free to offer your own translation.

1) Will it work out between me and the girlfriend?

I asked about your girlfriend, and it just sat there. So I shook it a little, and it gave me the "sad-puppy" look. But it was also developing a mean chubby, so I knew it was happy on the inside.

My interpretation: No. But it won't necessarily be a bad thing. You'll find someone new, and realize that you had really outgrown your previous relationship

I asked about Step 1, while looking at a map of the East coast. My dong was shriveling, slightly, as it usually does when the A/C kicks on, then it relaxed and flopped to the right. The A/C turned off, and it was happy again

My interpretation: You are going to be nervous as all Hell, but you'll do better on Step 1 than you expect. Also, you should study in Philly.

For a baseball question, I felt that I should ask in a baseball manner. So with each question thrown, I swung my penis like a bat and made wooshing noises. First, I swung with admittedly bad form. Second, I used a reversed grip, and swung for the fences. My penis only felt confident in the second attempt.

My interpretation: Boston won't be anything special this season. They'll pull off a couple of unlikely victories against certain American League powerhouses, but it won't be enough to get them into the playoffs. The Pirates will break .500 this decade, but it will only happen under new management, and after some effective trades.