Taerkar hacked into the Iraqi mainframe just so you could see how uncivilized their leaders are. Good Lord I'm getting tired of my stupid puns. 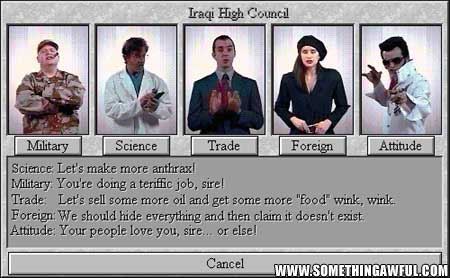 thetzar tries to market Iraq to the alcoholic public. Maybe he can team up with CNN; they scare the public, then he sells them liquor to calm their nerves! 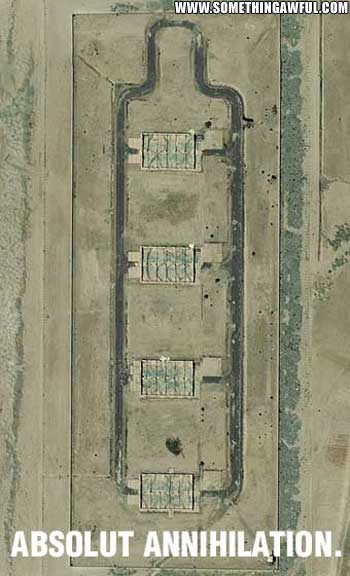 Unbelievably Fat Man believes "what goes around comes around." Well, even though the original "Hijack this, Fags" missile was presumably used in Afghanistan. I think what I'm trying to say here is that I'm a fag. 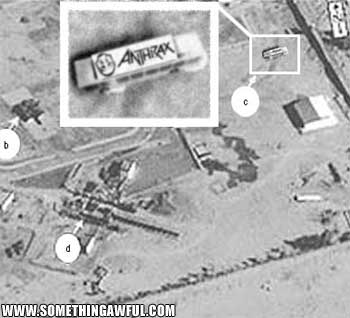 Xane wraps this one up like a pretty pony by getting a screen capture from Saddam's evilMac. That sinister asshole! 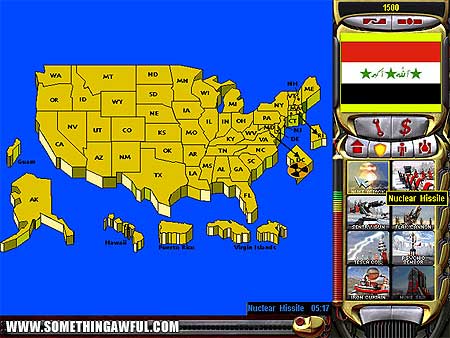 Now I can understand why America is so willing to go to war with such fiendish frauds! Everybody please stop and thank the SA Forum Goons for alerting us to this madman's plans, and stay tuned for next week, when we discover what's "really" going on behind the scenes of Sesame Street.