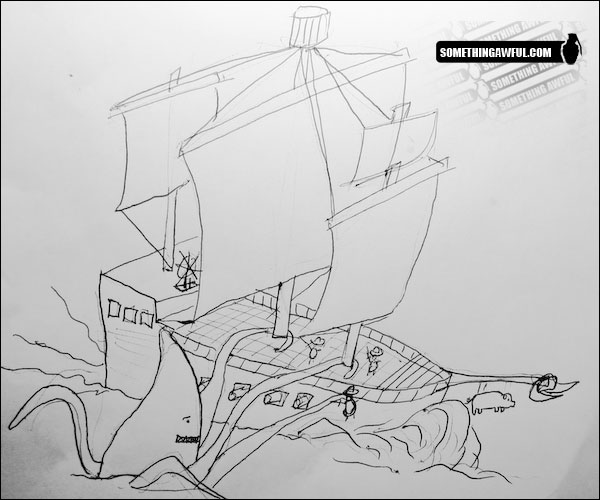 In early 1994, Seinfeld was at the height of its popularity. Co-creator Larry David, known for his dark sense of humor, wrote a surrealist episode which would have ran as episode 76 in late 1993. The episode was never filmed because the cast felt it was too frightening for prime time television, and Jason Alexander objected to putting raw meat in his mouth. What follows are the surviving excerpts from the script.

[Jerry and George are sitting at the booth eating lunch. Jerry has a salad, and George's plate is piled with different kinds of meat which he is devouring noisily]

Jerry: Well this is new.

George: [mouth full] This is all you really need Jerry. Meat!

Jerry: Yeah, that and Plavix. That stuff is clogging your arteries as we speak.

Jerry: I'm surprised they didn't need a team of oxen to haul all that meat to the table.

Jerry: [Laughing] And how are they gonna bring it all to port? Gonna need some kind of meatvessel.

George: A meatship. [laughs and snorts]

Jerry: Maybe the ship itself is made of meat too. That way you could just eat it along with all the meat it brings you.

George: Yes! An edible food delivery service! This is what I should be doing, Jerry. First mate of the meatship, George Costanza!

George: Think of all the joy it could bring to the world. And it's clean...everything's edible, so there's no pollution.

Jerry: Kind of like a flesh version of Willa Wonka's Chocolate Factory.

Jerry: Hey! How long has it been you've had a vegetable?

George: This morning. I had lettuce on my cheeseburgers.

Jerry: They're gonna need a meathearse comin up. 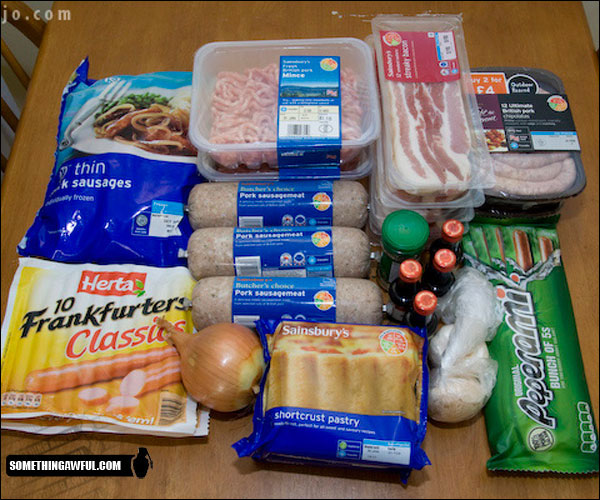