This is NOT a bank robbery. 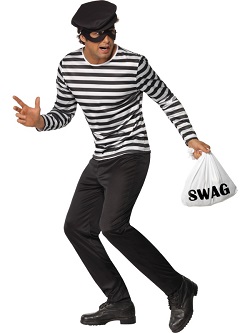 my face is just extremely sensitive to the cold, hence the balaclava. and so what if i prefer to carry my cash money in a burlap sack?

i know i said "don't be a hero" to you just now. yes, i admit it was kind of suggestive. what i meant to say was that in life, people are just people, and we don't so easily map to the cinematic archetypes hollywood tries to tell us we should emulate. like, be gentle to yourself, you know? anyway, give me all your fucking money

hey there is no reason to be rude to me, after you give me all your fucking money could you also give me a complaint slip to fill out, this is just really disappointing that a bank teller would act in this way

Hostages? Hahaha, no, they're just hugging!

What's with the gun? He's just demonstrating safety tips, like don't point it at people you don't intend to shoot you don't have to make such a scene about it.

"no fucking phones? everyone drop their fucking phones?" guys, i'm just trying to make a statement about how people get too caught up in social media these days. look at this painting i did of a guy who's on his phone and the people around him are annoyed. see? that's how i feel seeing all of you. and if you could just put them in the unmarked burlap sack here. thank you

excuse me? you're telling me that this actually IS a bank robbery? listen, i don't come to where you work, at the bank, and tell you how to give people money. (sarcastically) oh wait, i guess i do, because this is tooootally a bank robbery. (in-air quotes) "give me all your fucking money" hahahha

hey, stop trying to press that button under your desk. is that the "good customer service" button? i don't think so