The Amazing Spider-Man; The Savages; To Rome with Love; People Like Us; Katy Perry: Part of Me

We're halfway through the Summer Movie Season, and you know what that means: Ian "Professor Clumsy" Maddison complains about another superhero film; Sean "Keanu Grieves" takes Oliver Stone down a peg; Martin R. "Vargo" Schneider digs into Woody Allen's To Rome With Love; and we fire up the old time-o-gram machine for a message from the fuuuuture!

EXPECTATIONS: I know I have a reputation for being the "I hate superheroes" guy, but I have to admit I'm rather looking forward to The Amazing Spider-Man. My distaste for superhero movies stems from the whole Marvel Universe/Avengers phenomenon that defies cinematic ideas in an effort to create something homogenous, safe and dull. This, however, is not a "Marvel Films" film, which means it could actually work as a standalone narrative.

REALITY: It seems bizarre to me that a film like The Amazing Spider-Man can get away with being released at a time like this. I'm not talking about any political implications and I'm not saying that the film is bad, necessarily, but it isn't original in any way, shape, or form. The whole thing seems to have been built from a sense of nostalgia for something that's still popular. I can't quite shake the feeling that this film was made by someone from the distant future in an effort to encapsulate all the things we seem to like in our films.

High school student Peter Parker (Andrew Garfield) is a bit of an outcast, still struggling to deal with the death of his parents, living with his Aunt May (Sally Field) and Uncle Ben (Martin Sheen), as well as pining for his classmate Gwen Stacy (Emma Stone). While investigating his father's work, he seeks out Dr. Curt Connors (Rhys Ifans). In Connor's lab, Peter is bitten by a magical spider of some sort and becomes Spider-Man. Meanwhile, Connors falls afoul of his own medical experimentation and becomes The Lizard, a giant vicious reptile monster who wants to make everyone in New York City just like him. 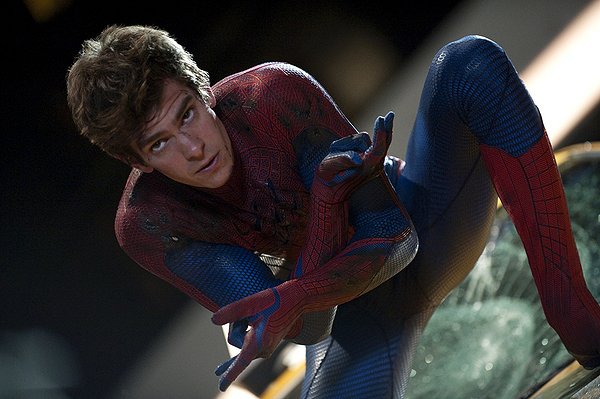 Almost every element of this film is a rehash of something from another superhero movie. The young man being cursed and transformed by his father's scientific endeavours is reminiscent of Hulk; the Lizard's plan to mutate the entire city is straight from X-Men, carried out through a cloud of toxins like in Batman and Batman Begins; Peter's relationship with his adoptive parents reminds one of Superman; an attack on a school is from both X-Men and The Incredible Hulk; Lizard's schizophrenic nature and an awkward dinner scene both come from earlier Spider-Man movies, and a scene where Peter comes to terms with his powers by doing gymnastics in a warehouse and swinging on chains is a reference to Footloose. Well, Footloose isn't a superhero movie, but you get the idea. Everything that you see in The Amazing Spider-Man is something you've already seen somewhere else.

I've stated before that I'm not against the idea of formulaic filmmaking; it can produce some real gems. The problem is that it feels outdated for The Amazing Spider-Man to step in and say "Hey, how about all those superhero movies? This one has EVERYTHING!" There's formulaic and then there's trying to be everything at once. The Amazing Spider-Man really is trying to be Hulk and Batman Begins at the same time and it leads to a disparity in tone, as you might expect. This wouldn't be so bad if it were released about twenty years from now when this whole superhero phenomenon exists only in nostalgia. To do it now, and to do it as the reboot of the Spider-Man franchise, just strikes me as such an odd decision. Considering how Sam Raimi's Spider-Man was at the forefront of the phenomenon, it baffles me that this return to the same characters and situation is done in such a safe and familiar way.

That's not to say that this is a bad film. It's about as good as you'd expect a film built up from a bunch of parts from other films to be. It's not as good as the best and not as bad the worst. The tone is all over the place and the pacing is a little weird, but it all kind of works just as well as it needs to. The thing that this film absolutely gets right is Peter Parker's sense of humanity. Yes, he's a teenager undergoing physical changes, but it never gets as heavy-handed as that. After his spider bite, he becomes a creature of pure instinct and we see this reflected perfectly in Garfield's performance. It's not just his physical reactions to things, but everything that he does that plays into this idea of being driven by instinct and his need to accept that instinct in order to become some kind of an amazing Spider-Man. 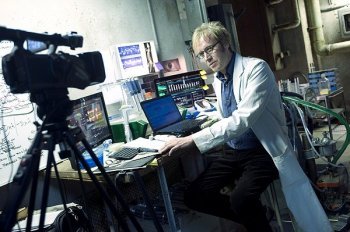 Garfield is excellent, as always, and it would be hard to imagine anyone else nailing the conflict between his already troubled teenage life and his "other self" that comes through in his newly acquired natural impulses. Rhys Ifans, similarly, portrays Connors as a man of pure intellect who is genuinely frightened by his new physicality. There's some decent body horror stuff in here too to drive those points home; one of the most unexpectedly frightening images in the film is Spider-Man crawling around the Lizard's body and wrapping him up in his web. Arachnophobes will love it.

I don't normally like to nitpick things like this, which is why I've left it to the end, but I have a question about the magic science spiders that bite Peter: How has nobody been bitten by them before and why does nobody know what happens when they bite people? I mean, there are hundreds of these things. Peter Parker was there for five minutes and got bit, how have these scientists gone years without incident? What do they eat? If they bite a fly does it become a Spider-Fly? I don't think it's safe to keep them like this. What if one got out through a crack in the ceiling and bit a dog? There are just too many questions.

MINORITY REPORT: As one of those future people you speak of, I can say with complete certainty that The Amazing Spider-Man is not only a classy, Superman Returns-esque homage to the comic book films of yesteryear, but also a brilliant re-imagining of a trilogy I have never seen. - Donovan "Future Critic" Laird