This is the third in a series of Ace W. High updates. You can find the first one here and the second one here. Rereading this one I realize it sounds morbid. I think it's fair to explain that I hate children and I hope they try everything I've listed in all three of these articles. Not to be a dick or anything but I've got some sort of chip in my brain that makes every child in a 50-yard radius start screaming the second I walk into a restaurant and I'd like to enjoy my classy Applebees burger without peoples' wailing, snot-nosed, cockeyed offspring screwing up my evening.

For the umpteenth time I'd like to thank Alex "Microwave" May for putting up with my constant "draw this NO WAIT I CUT THAT draw this instead" AIM messages. He's done a lot of work for me and it's all been great, but I think this in particular is the best stuff he's done for SA. The opening comic and "Oven Prank" illustration specifically were excellent. Thanks, Alex! One day I'll be able to pay you.

Here are a few things Microwave whipped up on a whim. We're tinkering with the idea of putting together a fake children's book, but knowing my motivation it will never get done. Look at these and weep at what would have been. 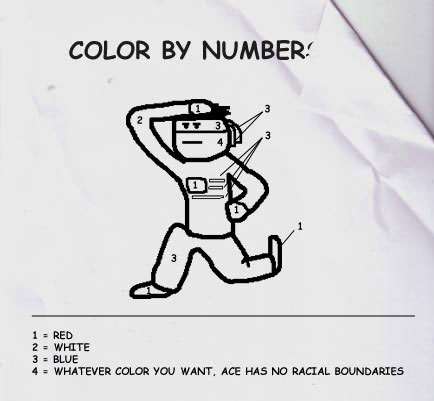 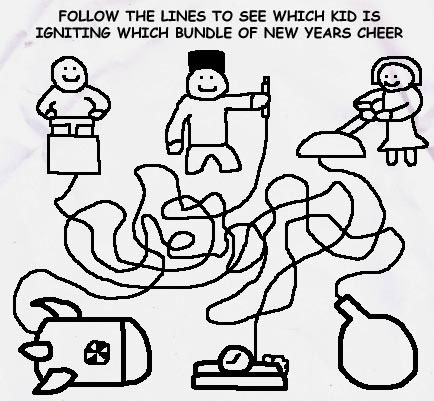 In our last installment we made fun of the Allen Iverson trade, which went over like a lead balloon someone popped and threw into a volcano. Next time we'll be writing some pre-playoff letters to the Colts. I sincerely thank the three of you who continue to read Pregame Wrapup. Maybe next week five people will look at it!

Writing this it occurred to me that I wrote the first SA front page of 2006 (you can read it here) and now I'm writing the last one. They're both basically thinly veiled child abuse jokes. That's pretty goddamn cool if you ask me. I'm glad to have been writing front pages for a year and doing features a little before that, and hopefully I'm writing something similar next year. I'm still waiting on that lucrative book deal (NOTE TO PUBLISHERS WHO MIGHT BE READING THIS: give me a lucrative book deal), but chances are I'll be pumping out the same jokes 365 days from now, then 365 days after that. I don't know if I'll still be here or not but I like writing comedy more than anything else so we will see what happens.

The other usual thanks

As usual I'd like to say "as usual" and thank everyone who takes time to write in. I respond to every email if I can, and though the mail server's been wacky the last week and a half I really appreciate everything I get, assuming it isn't a spam GIF trying to sell me stocks. If you ever get the urge to drop me a line please do! I wouldn't write if people weren't reading and judging by the response the last few updates got people are.

See you guys in a week or so!