...a striking similarity between an article I wrote on May 29th/30th making fun of a horrible movie pitch session:

and an article published at The Onion on June 1st making fun of a horrible movie pitch session:

"This Script Practically Writes, Directs, and Universally Pans Itself"

I'm not accusing them of stealing the idea, because frankly I think that sort of thing is retarded and egotistical in the world of high-volume comedy, but the resemblance and timing both are pretty surprising. You guys can make up your own mind, it's not like I'm going to sue them over it. Hell, it could be one of their re-run articles and I could have been stealing it from them!

Deep Throat has finally emerged from his oral sheath long enough to reveal his identity as former FBI luminary Mark Felt. This long-awaited revelation came as a disappointment to many who believed Mr. Throat might have actually been someone as incendiary as William Rehnquist or George Herbert Walker Bush. 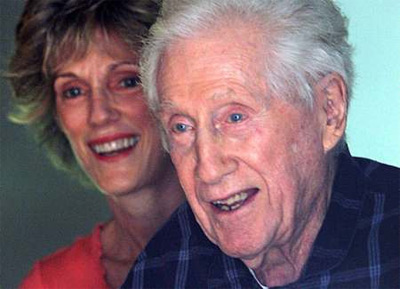 I grew up in a small midwestern community with values so conservative that teachers would not even speak Deep Throat's name out loud when referring to the informant's role in Watergate. Despite this fear of speaking a pornographic moniker that has been all over the news for 30 years the teachers looked back on Deep Throat, Woodward, and Bernstein in a largely positive light.

It was a cracking story of reporters as detectives who uncovered a gross abuse of power by the president at the time and, in exposing these misdeeds, brought down the most corrupt administration our government has seen. Subsequent events have since demonstrated more than ever that Felt, Woodward, and Bernstein should all be regarded as heroes. Nixon literally had thugs like G. Gordon Liddy planning the assassinations of members of the press. There was not even any question in this conservative, heavily republican community that Nixon was a criminal asshole and those who broke Watergate were doing the right thing.

So why, pray tell, is every news channel starting or finishing stories about Felt with questions like: "was Felt a hero or a traitor?" That sort of thing never came up before his identity was revealed. It would have been laughed off the air by any reasonable person. 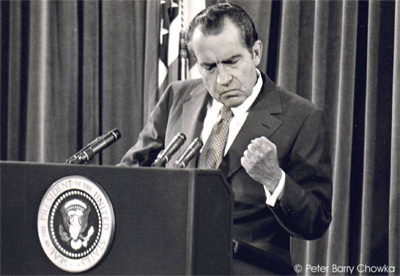 Yet CNN asking ridiculous questions like this is, not surprisingly, just the tip of the big brown bullshit iceberg. Conservative pundits like Liddy, Rush Limbaugh, Pat Buchanan and the stunningly unfunny Ben Stein are like pigs in a poke accusing Felt of myriad crimes big and small. Surprisingly, the usually somewhat moderate Stein (a Nixon adherent and former staffer), was the most egregious of these, accusing Felt of no less than responsibility for genocide in Cambodia. According to Stein, America lost the Vietnam War that we were so totally winning before Watergate because of Felt. Watergate prompted the tragic fall of the South Vietnamese puppet regime carefully built up by the CIA and by extension it prevented our involvement in a humanitarian effort to stop the Khmer Rouge from seizing power in Cambodia. The blood of 1.7 million Cambodians are on your hands, Mark Felt!

Too bad for these absolute shitheads, poor Deep Throat is 91 and will probably die soon. They won't have Felt to kick around any more! Of course shitting on Felt's cake isn't the point. It's a concerted effort to revise history and demonize Felt and the criminal liberal media for attacking a hero like Richard Nixon. Such a rewrite of history would prove beneficial to the current Republican government's non-stop efforts to reduce the Fourth Estate to something like a one-legged puppy chained to a tree made out of lit dynamite.

Now more than ever America needs a man like Mark Felt, but the Petri on which such a spore might grow has been carefully sterilized over the past five years. The press is half-neutered and fearful and those who might speak out are quick to look at examples of the others who have and are now labeled pedophiles, thieves, and (gasp!) homosexuals. For the time being at least scandals that would make Watergate look like Nixon got caught stealing pens from Air Force One are being ignored by a press afraid of its own shadow.

The Pen is Hurtier Than the Sword

Human Events Online, a self-described "National Conservative Weekly," has gathered together a bunch of Republicans, libertarians, Libertarians, and far-right academics to collect a list of "The Ten Most Harmful Books of the 19th and 20th Centuries." Most of the list isn't that bad, including books like "Mein Kampf" and "The Communist Manifesto," the former of which would make a similar liberal list and the latter of which is at least understandable. Falling behind such logical choices, however, are a plethora of bizarre choices and comical honorable mentions.

The concept of collecting a list of "most harmful books" is vaguely disconcerting by itself, since books are nothing more than written ideas, making the list no more than a rating of bad ideas. Things go downhill when you read the descriptions of the individual entries and realize that "harmful" is pretty much interchangeable with "evil" according to Human Events Online. If they really meant "harmful" the list would be crammed full of the various religious texts that have been at the heart of many more wars than "Mein Kampf" or "The Communist Manifesto."

The list itself turned out to be pretty much another chance to bag on Karl Marx and remind readers that FDR was Satan made flesh on earth. One of the more humorous inclusions was "The Feminine Mystique" at #7. In the description the reason given is that Betty Friedan was a Communist, not that the book itself is bad, and I would guess that this is merely a cover for the real reason: Friedan's book encouraged women to get out of the kitchen and work. Human Events Online wants pies made by the barefoot and pregnant, and if you don't then your book sucks you filthy Red.

The honorable mention books that didn't quite make the Top Ten were at least partially voted up by fundamentalist Christian judges with their throbbers hard for creationism. Take special note of "Origin of the Species," written by famed hate-monger Charles Darwin. Why, that book hurt mankind so badly that it almost single-handedly created an applied science. How utterly dreadful! 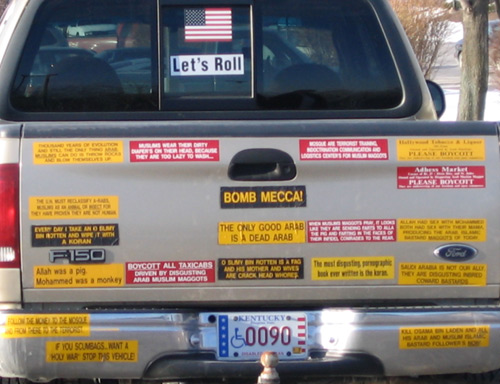 Another dubious choice is Ralph Nader's "Unsafe at Any Speed" which detailed and decried safety-shortcuts exploited by auto manufacturers. I guess not wanting babies decapitated by glove compartments or gas tanks made out of match heads is now harmful to all of mankind. Nader dared to question corporate power! Rar, Communism!!! Look out, Upton Sinclair, Human Events Online is going to have your number with next year's list! What's more, Nader's book isn't even in print anymore as far as I know, making it a book so horrifically harmful that nobody even cares enough to buy it.

Michel Foucault's "Madness and Civilization : A History of Insanity in the Age of Reason" also made the almost-rans list, leading me to believe that either these people are actually evil or they just didn't bother to read Foucault's book. "Put another French guy on there somewhere!"

Call me a filthy liberal, but a long time ago it was the liberals who seemed fueled by emotion and the conservatives who were cold and rational. With each passing day those roles seem to be reversing as the conservative movement is infected with some bizarre malaise driven by religion, terrorism, and strangely powerful anarchocapitalist blocs that fly in the face of many of the movement's other goals. We live in interesting times.

It's friday, let's try to end things on a positive note. 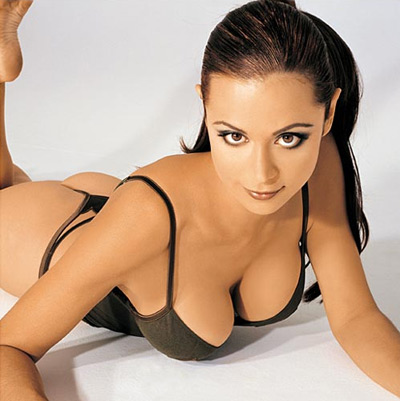