Greetings from The Ayatollah of Rock and Rolla! 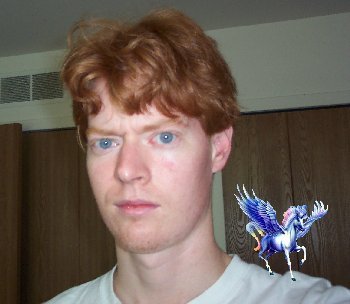 No really I'm in a pretty good mood since I took this week off of work and have been spending a lot of time drinking Corona and falling asleep outside and using an anthill as a pillow. I was supposed to be in upper Michigan drinking wine and watching really gay historical reenactments, but just chilling out at home is ok too. About the "Mad Max" update: a couple of weeks ago I rented Mad Max 2 from Netflix and it gave me the idea for the update. The movie is totally ridiculous and cheesy, but it still manages to be cool as hell. I'm not totally happy with the update and I think it could've been better if I put more work into it, but I've found out its a lot tougher for me to write at home instead of work. At work I'm ready to go and motivated, but at home I end up getting distracted by computer games and delicious snacks. Right now I'm totally addicted to Rome Total War and I'm really close to beating it with Pontus. So that's why my update sucks, ok?

I did have a scary moment only a few hours before putting this up when I remembered that Josh "Paddycakes" Boruff did an update about Lord Humungus a while ago, but thankfully the articles are pretty different so I won't be sending him the royalty check. Lord Humungus belongs to the world!

The downy cat is doing great and she is fully recovered from eating all those hair bands and a table leg. I was shocked and rather appalled that she received over 60 emails from people, and I only got a couple. Why don't I just let the cat write the updates for now on if you love it so much. Actually Greasnin was my cat the entire time.

Those ASSHOLES put a device on my line that stops me from getting free cable by splitting it at the Internet cable box. That means if I want cable TV I have to pay for it! THIS IS BULLSHIT. They will be here today at noon to install my cable. I hatched a diabolical scheme to not turn on the air conditioner so they sweat their balls off. Take that Comcast!

Johnny "Doc Evil" Titanium made this. It totally goes with any Ministry song, except for the new ones because they blow.