Thursday, May 18, 2006 by Bob "BobServo" Mackey
UNDISPUTED FACT: If you have sex with someone born on February 29th YOU ARE A PEDOPHILE 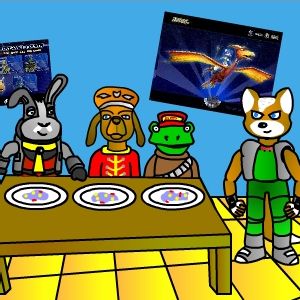 If you've been following the ongoing saga of my Daily Dirt, you would have remembered my last entry where I proposed that I would send my Restoration Lit parody to the professor who teaches that very subject. I did, and while the wait for his reply was excruciating, he did put a little comment about the article on my final research paper. I believe it was something like, "I enjoyed the piece about the time traveling rapper" or "You have made a mockery of this institution and all that it stands for, blunderbusses at dawn you knave!" But I'm pretty sure it was the first one. I really would have liked to hear more in-depth comments from him about it, but maybe I should be happy that he at least acknowledged my humor jokes. The important thing about all of this is that I passed his class, along with all of the other classes in the horrid spring semester.

Now, if you've been following all of the clues I've carefully laid out over the past 5 months, you've probably figured out that I am an English major. Before you think to yourselves "HURRR what, are you going to get a job at the English Factory after you graduate" I just want to let you know that I wrote over 100 pages of material in the last 3 weeks of the semester, which has made me irritable enough to make someone swallow a marble. That may not sound so bad, but afterwards I will help this person find the marble. With a melon baller.

E3 happened recently, and I've been avoiding the news because every retard and their retarded webcomic/podcast/Starfox fanfiction has made one million terrible Wii jokes. I think the Wii looks pretty good, especially since I hardly have any time to play games. What little I've been getting from GameFly has been pretty boring, and I've found myself playing through old games instead of getting excited about new ones. As part of my disorder, I've been replaying the Monkey Island series from the beginning, and I'm currently on the second game where the puzzles seem to dick you over moreso than in any other LucasArts adventure. Although part three is still my favorite, MI2 is still interesting, despite some pixel-hunting puzzles that you need to rent a falcon (or a gameFAQ) to figure out. I'm hoping to make it through part four, which truly was the death rattle of classic adventure games. I never finished this one, mainly because it proves that poor sales didn't kill adventure games, adventure games killed adventure games. Not my quote, but still tragic.

On that depressing note, let's take a look at the Daily Dirt mailbag!

I am still bitter about Kingdom Hearts 2 and Lisa has helped me work through my feelings in her 9,000 word essay.

The intro was fucking horrendous. My husband and I were about to bash our heads into the walls trying to get to the actual GAME.

Sora! Donald! Goofy! Really! In the past 20 minutes (eh,given an average,depending on what you have to do-a run thru of the worlds first time around really only takes 15-20 mintues) I forgot your fucking names,you dipshits! If only I could injure digital masses.

Tron. ...I still don't get that one. I wasn't even aware the movie exsisted. It's sort of akin to making a 'The Ugly Daschund' world. ...And honeslty,the fucking colors make me want to vomit. And all of the ridiculous technobabble..

Halloween Town was a pathetic attempt of a rehash of the ending of Nightmare (which,I like and all,but I'm not going OMFG-NBC!!11).

Why,oh gods,WHY did they have to put FUCKING ATLANTICA back in it!? I'd have -paid- them to do another Peter Pan world,instead of Atlantica. God -damn- it. I'd have been able to live with motherfucking Cinderella or Sleeping Beauty instead of Atlantica. And the music game made me cry. Twice. Not literally,but the loud,whimpering,twitching sound that is very much a whining cry.

Motherfucking Hercules. And that's about all I have to say about that.

Pirates of the Caribbean (Port Royal) was. ...Odd. I was mildly obsessed with that movie about a year ago and I still occasionally watch it. ...All of the world characters seemed completely -out- of character,there really wasn't even a movie rehash (like they usually attempt in the worlds) and. ...I don't know. I was confused as hell by that world.

...I sort of liked the Pride Lands. And Beauty and the Beast was a nice touch and all,if poorly done. Part II of the Pride Lands made me sigh. Mulan's world... If I heard 'FOR CHINA!' one more time,I thought my head would explode.

Sora is such... a self-righteous,self-centered little bastard in this one. ...And why. Why did I have to hear him sing in Atlantica?

Other than that,ignoring my whining and all,I'm sort of enjoying the game. I've been lazy and I haven't completed it (almost done with it,though) but I'm curious as to where all the bullshit plot-twists are going. KH was an alright game (better toward the end,as this one is just the same) and I'm not sure it'll be surpassed on my scale by it's second incarnation.

If nothing else,you have to give them credit. They fixed a lot of the camera issues (not ALL,though,fuckers) that Kingdom Hearts had. ...And Auron gets to be an asshole to Sora,which gets a thumbs up from me.

On to other subjects,though. Your updates scare the unholy hell out of me. You should be very proud.

I work in a game store in town, and to be fair, many of the people I've seen buying it are fat 12 year old girls that all own the same green Fallout Boy shirt. So, look on the brightside...you're finally in the minority of the game-buying public simply based on you being a male. That NEVER happens.

Keep on rocking in the free world,
Tim A.

My sick sad ego is powered only by the praise of others! If you would like to send e-mail to bobservo@somethingawful.com, you may just find yourself incriminated on the next non-mandatory installment of... THE DIRT!