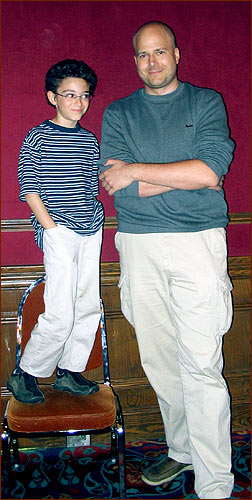 This was the first real picture that came up when I GISed "picture for my daily dirt." I guess it's fitting.

I Do Not Actually Work At A Celebrity Call Center

I've already had one person confused on this point, if you can believe it. I do however work at a call center for Blue Cross, and I like to think of the 8 hours a day I spend there as just deep research for this particular update. Do you see the kind of things I do for you guys?

The person training me did in fact put someone on hold for several minutes while she ate a frozen Snickers bar. And you do have to write out an exception form when the person on the line decides to tell you their fascinating life history involving raising huskies in the Death Valley instead of actually giving you any of the information you need to solve their problem.

Busta Rhymes has never called the line, but if he did I would probably handle the call and then later say to my friends, "Hey, you know who called my line today? Busta Rhymes. Yeah, I know. It doesn't even make sense, because we only handle calls from nurses and doctors and stuff but whatever I guess."

Thanks To Everyone Who Emailed Me About The Last Update

It is really nice to hear that someone enjoyed your writing. I put, on an average, 5 hours of work into every article I do for Something Awful so finding out that all that time resulted in at least one person laughing is pretty cool.

Here some really fantastic emails that were sent to me after my last article:

Fucking call me if you think your man enough pussy.

Wow, did you come up with that? It's funny because he's a profound thinker, and you have to be pretty well-read to know that Noam Chomsky does in fact hate everyone, and yet you reduced it to "ME HATE EVERYONE." That's great. It almost makes those of us who've read Chomsky think you're somewhat intelligent for making a silly generalization that we can all laught about, but then we realize how incredibly and disgustingly unfunny you are. You're just not funny at all. Your jokes are lame and forced, which also makes you an idiot for not realizing how stupid they are.

SA would survive without you. It's funny. You're not.

In his 5th email to me, Julian continued:

Yeah, I guess this is hatemail, isn't it? Only, unlike the guys who hate SA, I'm actually describing how much you suck compared to SA. That little dilly on famous lines in history was great. You must have thought long and hard about what nonsensical thing you could try to make funny. It's great when other SA writers actually write thoughtful articles that make fun of your brand of stupid, feckless humor. But go on thinking you're funny you cute lil "pussy bitch." Was that the rapist's nickname for you?

Some of my friends have e-mailed various SAers, including Lowtax, about how much you suck. I'll leave you to guess whether he was serious when he said you weren't funny at all, which he did indeed say in spite of the fact that he also defended your freely accessible gallery of shit. Who knows?

Well there you have it. If you would like to send me huge essays on why I suck that I will skim and then send back some sort of whacky response to, or if you would like to actually tell something nice to someone else on the internet, the email is maxnmona@somethingawful.com

Peace out to all my soldiers.