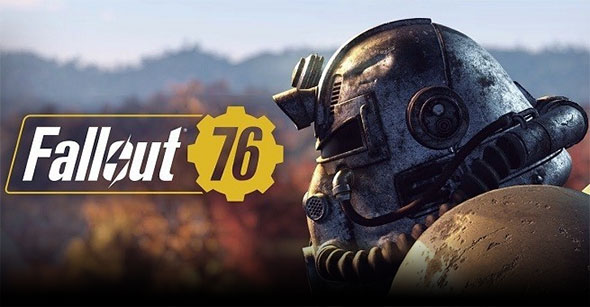 Like any self-respecting nerd who lacks the ability to respect himself in any way whatsoever, I've been a gigantic Fallout fan since the original Fallout shareware title released in the mid-90s, Fallout: A Big Fucking Rock Sitting In the Middle of a Field That You Somehow Must Figure out How to Maneuver Around Without Falling Into a Pit or Falling Off the Map. I embraced nearly every aspect of the its unique and creative universe, one which presented multiple moral choices in every scenario, such as allowing your party members to drink water, or to refuse and watch them all die of thirst like the idiots they were.

So when the latest Fallout game was announced by that one guy who is sure to lose his job shortly, I couldn't have possibly been more excited. I pre-ordered roughly 800 of those stupid novelty limited edition power armor helmets, and although their steep price placed me several million dollars in debt, I felt confident in my decision to let the entire world know I am a man who routinely makes absolutely terrible choices in nearly all facets of life.

Unfortunately, the shine and luster of Fallout 76 began to slowly erode around the 800-hour mark of play. Now I don't want to turn off any prospective buyers or Fallout fans, but Fallout 76 seems to possess a myriad of questionable decisions that, at best, can hamper certain quests, and at worst, hamper absolutely everything else. Instead of simply reviewing this game and giving it an X out of Y score, I've chosen to list a small number of bugs and poor game design decisions encountered during my exhaustive trip through the wasteland. If your heart is set on purchasing this game, please do not allow this article to persuade you against it; I merely want to prepare the casual gamer for what lies ahead.


Please do not let this comprehensive list of features / bugs / questionable design decisions discourage you away from purchasing one of the most highly anticipated games in decades, at least according to Bethesda's Tom Howard, after he spent 14 straight hours drinking rum from a urinal inside a TGI Friday's. Fallout 76 is a game inhabiting an absolutely incredible position, one where its features and content can only improve over time, and I'm not just saying that because there's literally no possible way for it to currently become any worse.

This is what game developers refer to as "balancing gameplay."