Paul Simon's Señorita With a Necklace of Tears is pretty much the best song ever written. 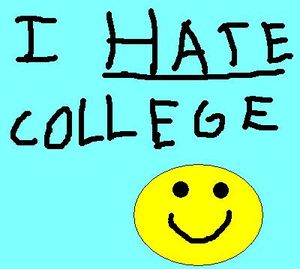 While we’re on the subject, is a pretty damn good song as well.

Here Is Where I Namedrop A Good Game

As promised: Hey Tim Schafer, I have a special message for you on behalf of the parts of Europe that aren't Germany. Are you ready for this? Apparently, they'd like

to just go ahead and be fucking released there. So if you could get on that, they'd appreciate it.

No really, it's an awesome game and you'd be criminal to deny them it. And a friend of mine would like you to make Grim Fandango 2 while you're at it. I'm rambling, so look: Basically what I'm saying is send me as much free

stuff as you can possibly fit into a single box.

Here Is Where I Respond To Things

Last Daily Dirt I mentioned that if people sent me particularly interesting emails I would respond to them. Since Lowtax doesn't actually care about me coming up with a Daily Dirt, that wasn't a real firm promise, but here goes anyway.

Something interesting? How about this eternal question:

Would a narcissistic voraphiliac eat themself?

Well Matt, my extensive research that consisted of looking up "voraphiliac" on dictionary.com leads me to believe it probably isn't a real word. But from looking at the roots, I'm going to guess that if it were a real word, it would mean something along the lines of "loves to eat" or "complete fat ass". Would a narcisstic glutton eat himself? That really is an interesting question but I'm going to have to go with no, who the fuck would eat themselves what are you stoned or something?

I'm not going to spend time trying to think of witticisms to potentially get me into the Daily Dirt.

You wrote a nice email and didn't once bring in a backhanded insult or bad attempt at being wacky. Also, you didn't send me a picture of yourself dressed as a penis, and I wish some of the other people who wrote me would have fit that criteria. In any case, welcome to the Daily Dirt. And finally:

I was surprised by the submission of stuffonmycat.com as Awful Link of the day yesterday. I’m sure someone must have brought this to your attention by now, but, did you realize that Dr. David Thorpe is a member of this site? Need evidence? Exhibit A: http://www.somethingawful.com/articles.php?a=3444

Before I disappear for another two weeks, I'd just like to thank every single person who wrote me mentioning they liked the article. Seriously, every writer in the world likes to hear that shit. Musicians get to make out with the ugly hipster chicks and painters get to call anything that comes out of their ass "art", so internet writers just take it where we can get it.

And Tim Schafer, if you're reading this, keep packing that box. You may think it's full already, but I'm sure you can find some space in there if you try.