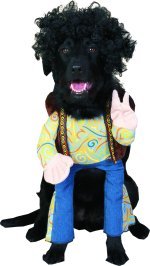 Greetings! It has been a long time since we last talked. I see you have all grown fat and bloated in my absence. I figured as much, since now you are being coddled by a host of new writers with little experience in dealing with riff raffs and vagabonds of your sort. To help ease the transition into this new age of comedy, I gave them a few tips that I have learned in my three years of Internet comedy. Hopefully this will steer them in the right direction, so they won’t end up like poor Greasnin.

1. Insult your audience often. Most of the readers have very low self-esteem, thanks to school beatings and their reflections in mirrors, and this abuse will put them in the correct mind set to accept your jokes as funny for fear of retribution. They are weak and will bend to your will.

2. When in doubt, make a video game joke. Nerds love video games and making any references to games will be a surefire hit.

The rumors that Seth “Terrorsaurus” Knisley was fired for tampering with the break room snack machine have been greatly exaggerated. My sources tell me that he is serving a 5-10 year sentence in Sing Sing for selling prescription drugs to the elderly. He has issued a statement from his cell that he is willing to still write for SA, but will not have Internet access until the year 2008 (providing he has shown good behavior). We look forward to his return.

In other gossip, the new bloods, Maxnmona and Bob Servo, were caught playing “plug the 10baseT into the switch” in the SA server room. This is a direct violation of company policy and both have been docked a years pay, grounded for a week, and sent to their rooms without pudding. David Thorpe has took it upon himself to administer spankings over the course of the determined punishment.

After spending a lot of time at the airport, I have compiled a list of people I want to stab in the head with an ice pick. I'm not really a violent person, but the redheaded rage inside me burns like a thousand fiery suns. I deal with the rage by eating a lot of snacks and crying myself to sleep.

-Young ex-marine father with out of control kid who is running around screaming and kicking random people. All he does to try to stop him is to tickle him.

- White trash guy who fails to follow the signs to stand on the right side of the people mover and let the people walking move on the left while talking on cell phone. As I try to get around him he mentions his Myspace account over the phone.

- Arab guy in the seat next to me who falls asleep with his head forward on the seat in front of him, barring my way to get to the bathroom. He fails to respond to poking and loud noises. I think he was a terrorist.

- Really fat lady in the seat in front of me that traps my bottle of Diet Coke in the pocket because of her girth. I bought it for the trip but was unable to free it from the strained seat pocket and she didn't get up at all during the 5 hour flight.

- Lady who gets really drunk at the airport bar and laughs uncontrollably like a horse for the first hour of the flight until she passes out.

- Lady who has to rifle through her bags stowed away in the overhead compartment causing everything to fall out, including a bag that clocked an old guy in the head while he was trying to get some rest.

- Phoenix bike cops who think they are so cool in their short shorts.

- Corporate assholes who walk up to the counter in Starbucks and quickly yells an order for a soy frappacino and then conducts a business meeting on his cell phone while in line. Then he knocks a spill mat over at the waiting station but is far too important to pick it up.

Seriously, are people so afraid to be alone that they need to be in contact with another person at all times? I passed the time at the airport by reading a few Garfield books. Boy that cat sure likes lasagna. 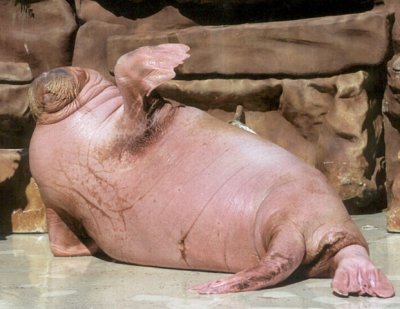 See ya next month kids!